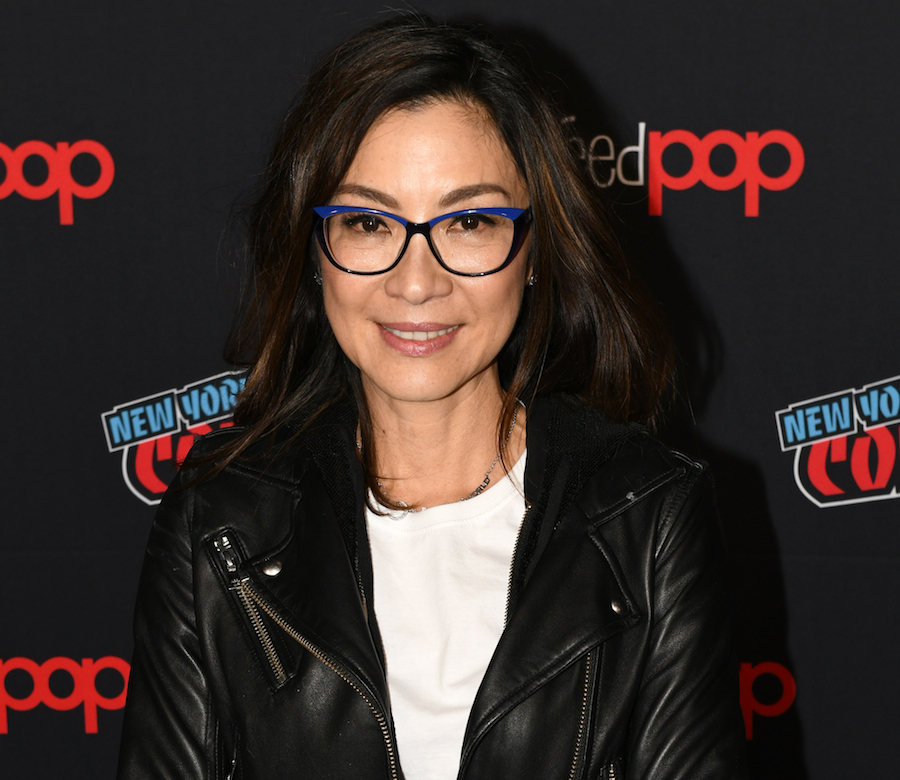 It is not often you find an actress that is killing it in both the TV realm and the world of cinema, so when you see one, you can’t help but want to see more of them in everything you watch. It doesn’t happen everyday, and if it does, you don’t want to be the one to miss it.

Lucky for us, there is such a superstar that exists in this very time and space. The Woman, The Myth, The Legend, Michelle Yeoh, is having a solid run as of late and she shows no signs of slowing down. She hasn’t even had a chance to cool off from the crazy success of the Summer romantic comedy hit Crazy Rich Asians before news of what could be her next big project. The actress is set to reprise her role as Captain Philippa Georgiou in the sophomore season of the CBS All-Access series "Star Trek Discovery", and now it appears that her character could take the helm in her own spin-off show!

While the potential spin-off is still in the early developmental stages, this offshoot is likely to focus on Captain Emperor Georgiou, the Mirror Universe version of her character Captain Philippa Georgiou, who was introduced early in the first season. This standalone series would serve as a continuation of her "Discovery" Season 2 adventures in Starfleet’s Section 31 division. This is a secretive organization that was first introduced all the way back in the '90s in the "Star Trek: Deep Space Nine" series.

But still, if anyone is deserving of a spin-off, it’s Yeoh, whose star power is enough to light up the entire galaxy. And before anyone tries to say this is a big surprise, hardcore Trek fans will argue that they definitely saw this coming. The seeds for a Captain Georgiou spin-off have been planted since Yeoh teased a second season story arc of Georgiou’s recruitment into Section 31. She drove the Trekkies wild at New York Comic-Con in October with potential hints at what was coming. It is safe to say she is a fan favorite in the long-running sci-fi franchise.

If you are just finding out about Yeoh right now, you have some serious catching up to do, as she is a serious powerhouse when it comes to acting. From running up trees in Crouching Tiger, Hidden Dragon to taking down evil villains alongside James Bond in Tomorrow Never Dies, there is simply no role she can’t completely dominate. And you better get caught up fast, as she is likely to be a very in-demand actress for a while. Especially after the monster success of Crazy Rich Asians, for which a sequel is already in development. If CBS wants to boldly go in the direction of a Yeoh-led "Star Trek" series, they better hurry up and make it so.

Until we get a confirmation from Starfleet on this potential spin-off news, fans can see Michelle Yeoh in Season 2 of "Star Trek Discovery" starting on January 17, 2019.