Why Netflix's "I Am Not Okay With This" Deserved A Second Season! 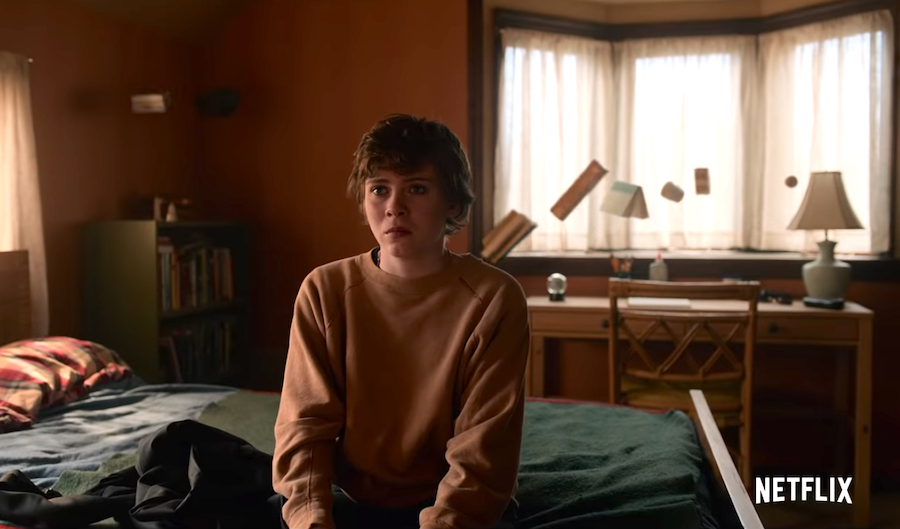 I knew this show was something a little different than the typical high school shows when the first ever line from the first episode was ‘‘Dear diary, go f*** yourself.’’

Netflix sadly announced that the second season of "I Am Not Okay With This" was canceled (alongside "The Society") ‘‘due to circumstances created by COVID’’ and fans of the show were not happy about it. Especially since a second season was initially confirmed by the streaming company and the writers had already begun working on the script for Season 2.

Adapted from the 2017 graphic novel by Charles Forsman and created by Jonathan Entwistle ("The End of the F***ing World") and Christy Hall for the screen, "IANOWT" featured a talented young cast that included Sophia Lillis as Sydney Novak, Wyat Oleff as Stanley, Sofia Bryant as Dina, and Richard Ellis as Brad Lewis.

Just like those of us who were excited about a second season, the cast and crew were also pretty disappointed about the sad news, and they all posted their emotional farewells on Instagram after it was announced:

"I Am Not Okay With This" felt so similar and yet so original at the same time. It started just like any other show centered around high schoolers -- the new girl in town, Sydney, having a hard time adjusting to a new town while dealing with her sexuality, until we realize that something else is going on... Sydney has some type of a superpower that causes her to do things like making the school’s star jock’s nose bleed after he pisses her off.

With its Carrie-meets-"The End of the F***ing World" vibe, as well as a standout cast with some of the rising actors from the horror movie It (Lillis and Oleff), the series, without a doubt, had potential. Lillis’s character Sydney is an outsider teen who is struggling to fit in while dealing with her father’s death, as well as her new telekinetic powers. Oleff’s character Stanley is the part-time weed-dealer, free-spirited teen who prefers VHS tapes over online streaming. Both characters are equally unique, complex, and likable, and the actors have perfect chemistry on-screen as a result of their off-screen friendship and past projects together.

With the producers of "Stranger Things" behind it, "IANOWT" had everything that makes a great TV series in it: a relatable teen character, a supernatural mystery, a town diner, and the essential comedic element of the show -- the non-cliché boy-down-the-street who is kind of weird in a charming way (sometimes, really weird) and has no filter whatsoever. Sydney perfectly describes him in the first episode: ‘‘Stanley Barber  is the master of zero f***s." The character is brilliantly portrayed by Oleff, who is so naturally funny without trying that Stanley instantly became one of my all time favorite TV characters.

A post shared by I Am Not Okay With This (@iamnotokaywiththis)

A second season was definitely hinted at the end of Season 1 with a cliffhanger that left the audience with lots of questions about Sydney’s powers and her father’s mysterious death. The show was well-received, the cast was excited to shoot a second season, and the plot definitely had the potential to move forward. So what went wrong?

Well, most streaming companies had to cut their budgets to deal with the strike of the pandemic. But, some shows are not meant to be cancelled, and "IANOWT" is definitely one of them. A series with great narrative potential and in-depth characters that were worth further exploring… "IANOWT" had an '80s simplicity to it that made it so cozy and nostalgic, but it also had a supernatural twist that satisfied us sci-fi lovers out there.

The 7-episode dark comedy/sci-fi series was one of the best, probably top three, original TV series from Netflix, and it definitely deserved a closure. I recommend checking out "IANOWT" on Netflix, even though there won’t be a Season 2 (although, never say never), especially if you liked "Stranger Things", "The End of The F***Ing World", and, of course, the horror classic Carrie.

Dear Netflix,  all I want is to watch Stanley get ready for prom while lip-synching to "The King of Rock ‘N’ Roll" for another season.