Movies to Watch With Your Dad This Father’s Day (Based on His Interests)! 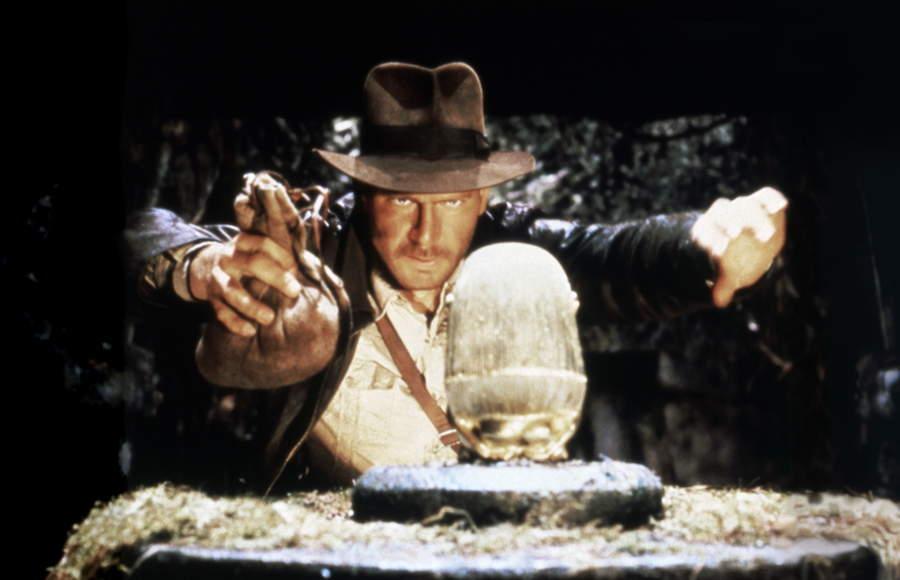 With Father’s Day coming up (June 20), it’s important to keep in mind all the ways that your dad is special. Maybe he’s into sports or outdoor activities? Maybe he’s a lover of food? Or maybe he’s just perfectly content spending time with his family and being a dad? Regardless, movies are a great way to celebrate the occasion together and bond over his favorite interests. Here’s movies we recommend you watch together, based on him!

If your dad’s a baseball fanatic, this is a must-watch film for this Father’s Day. Field of Dreams, directed by Phil Alden Robinson and starring Kevin Costner, tells the story of an Iowa farmer who’s inspired by unceasing voices to pursue his dream of turning his cornfield into a baseball field. This is a movie that admires the tradition of baseball in American history, and all the individuals the sport has touched in so many ways. Sentimental and timeless, it’s a spiritual encounter for any baseball aficionado.

Available to rent for $3.99 on Amazon Prime Video.

Maybe your dad likes to cook? Or maybe he just likes to eat? Either way, this film will have your mouth watering for Italian food in no time! Set in the 1950s, Stanley Tucci (Devil Wears Prada) and Tony Shalhoub ("Marvelous Mrs. Maisel") play two brothers who have emigrated from Italy to open an Italian restaurant in New Jersey. Humorous, humbling, and filled with eye candy for lovers of good food, you’re sure to be cooking up pasta afterwards!

Available to stream on Paramount+.

We all know about the iconic Indiana Jones – and if you don’t, here’s the perfect occasion to start binging the franchise. Directed by Steven Spielberg and starring Harrison Ford, Raiders of the Lost Ark is the first of the four films (five if we’re counting the upcoming 2022 release) and won a whopping 5 Academy Awards. Set in 1936, follow along as archaeologist and adventurer Indiana Jones is hired by the U.S. government to find the Biblical Ark of the Covenant before Adolf Hitler's Nazis get to it first. If your dad is adventure-driven and always down for an escapade, this is the perfect watch.

Available to stream on Paramount+.

Looking for a rush of a watch? Well, fasten your seatbelts! This is the perfect choice for all things car galore -- and it’s historically enlightening too. Starring Matt Damon and Christian Bale, this Oscar-nominated film tells the true story of American car designer Carroll Shelby and record-making driver Ken Miles as they battle against impossible odds to build a revolutionary race car for Ford in order to defeat Ferrari during the 24 Hours of Le Mans in 1966.

This jaw-dropping National Geographic documentary will not only curb you and your dad’s cravings for some outdoor adventure, but inspire you along the way. The winner of Best Documentary Feature at the 91st Academy Awards, Free Solo follows world-renowned rock climber Alex Honnold as he attempts to become the first person to ever free solo climb Yosemite’s 3,000 foot high El Capitan wall. As in, with no ropes and no safety gear. You’ll be on the edge of your seat the whole watch, but it’s a nice reminder to appreciate all the greatness Earth has to offer, whether rock climbing in Yosemite or just going for a walk in the park.

Directed by Wes Anderson, this stop-motion animation film takes you on a wild ride of outrageous antics and comical dialogue. This film tells the story of the restless and innovative Fantastic Mr. Fox as he plans a heist against the three local farmers. The farmers, tired of the sly fox stealing their goods, seek revenge against him, his family, and eventually all the wild animals in his community. It’s witty and creative to the fullest extent. Sound like your dad? Give it a watch.

You can never go wrong with this option! Above all, if The Lion King teaches us anything, it’s to remember the importance of family and to always appreciate the time you have to share with your father. (And don’t forget your tissues!)