We're Up All Night at the Grammys with... Stevie Wonder! 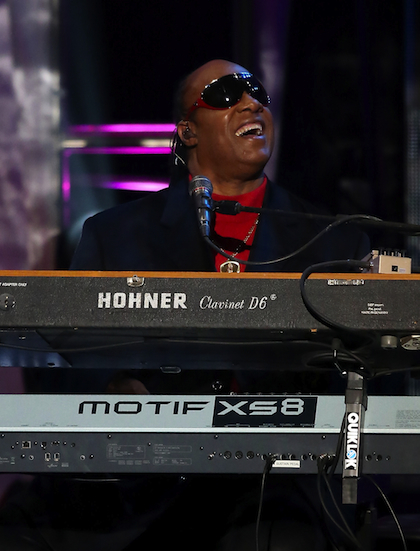 The Grammys have decided to add another pair of musicians to their unusual musical mashups this year: Daft Punk will be joined on stage by none other than R&B legend, Stevie Wonder. But Stevie isn’t the only musician set to hit the stage with the dynamic duo. A number of Random Access Memories collaborators will also appear, including Pharrell Williams, Nile Rodgers, Chris Caswell, Omar Hakim, Nathan East, and Paul Jackson Jr.

The performance will be Daft Punk’s first live one since their album was released last year. Details regarding their performance have not been released, but I’m sure we can all agree that it will be filled with wonder (see what I did there?). The electronic duo currently has five nominations under their belt.

The 56th Grammys will include a vast array of other much-anticipated performances, including P!nk, Kendrick Lamar, and fun’s Nate Ruess. There will be an additional collaboration between country greats Blake Shelton, Willie Nelson, Kris Kristofferson, and Merle Haggard. Regardless of who wins, I think we’re in for a rather eclectic Grammys this year.

The Grammys will air Sunday, January 26th, at 8pm on CBS. Will you be tuning in? (Oops, I did it again!)