We All Wanna Be Invited To "Martha & Snoop's Potluck Dinner Party"! 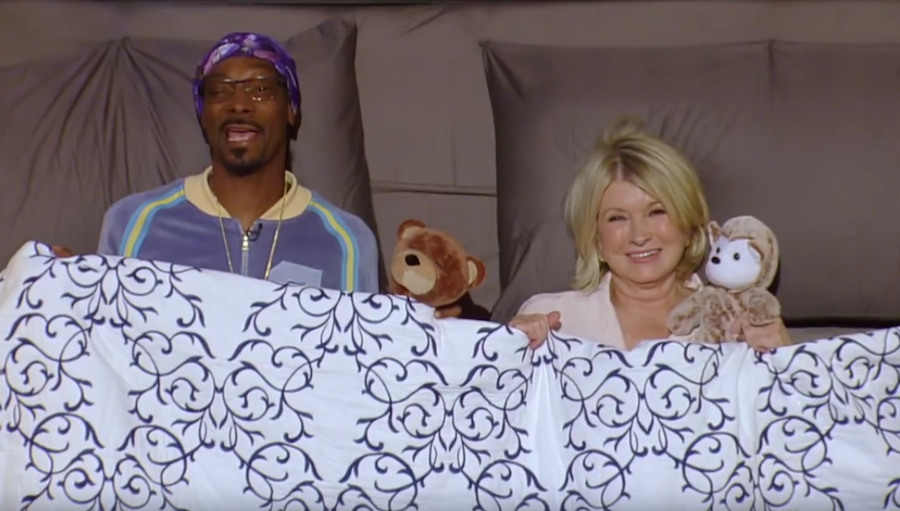 All are unlikely pairings that don't make sense but for some reason they do and they make a delicious duo!

If you didn't already know, Martha Stewart and Snoop Dogg have a show on VH1 called Martha & Snoop's Potluck Dinner Party and it's a hoot! In fact, they just released a teaser for Season 2 of their show where they... honestly, you wouldn't believe me if I told you so just watch it for yourself.

They are just an odd pair and they don't care what people think. Who knew that Martha's DIY lifestyle skills and Snoop's hilarious commentary would make an amazing show?!

They have amazing guests make amazing food and it's just one big party. Nothing makes sense but it works! Check out Snoop and Martha putting their fried chicken recipes against the other's with special guests Seth Rogen and Wiz Khalifa!

You may be wondering how this unlikely friendship came to be. Back in 2008, Snoop was a special guest on Martha's show where they made mashed potatoes...

Ever since then, the duo continued to keep contact over social media and Snoop came back to her show to make some Christmas brownies. The two must have found a strong connection because in late 2016, the pair announced that they would be hosting their own show, "Martha & Snoop's Potluck Dinner Party".

Their chemistry is off the charts and they make the audience feel like everyone is hanging out and that we're all friends. Martha and Snoop may be the most unlikely pair of co-hosts and pals but we are so thankful and excited to see their show come back for another season!