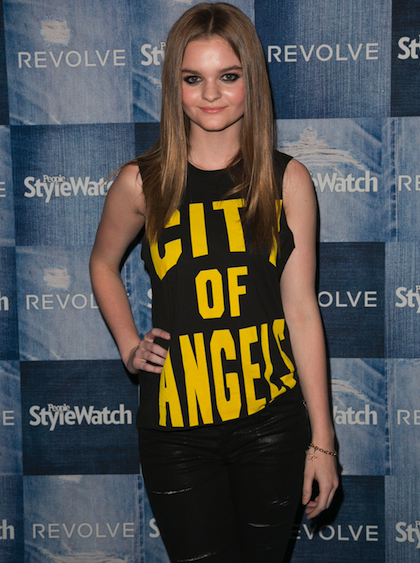 Young and talented actress Kerris Dorsey, who currently stars in Disney’s Alexander and the Terrible, Horrible, No Good, Very Bad Day, had an AMAZING day herself last week when the music video for her song “Best Worst Day Ever” was released!

The 16-year-old actress stars alongside A-Listers Jennifer Garner and Steve Carell in the new film, which hits theatres today!

Dorsey was approached by the film’s director, Miguel Arteta, to write a song for the film. Kerris, with the help of her musician sister Justine, wrote the lyrics and performed in the video, which features clips from the movie. The cute and catchy song is included on the films soundtrack, which was released earlier this week andavailable for purchase. Check out the music video for "Best Worst Day" below!

The movie begins with Alexander (Ed Oxenbould) somehow finding gum stuck in his hair, and it just goes downfill from there as he’s followed by more calamities throughout his day. Alexander, with little sympathy from his family, wonders if only bad things happen to him. He soon realizes that his parents and siblings (Carell, Garner, Dorsey, and Dylan Minnette) find themselves in their very own terrible, horrible, no good, very bad day.

Want to see more of Kerris? You can also catch her on Showtime’s “Ray Donovan” AND check out her interview at the YH Studio, along with screen siblings Oxenbould and Minnette, where she talks more about her musical contribution to the film, below!