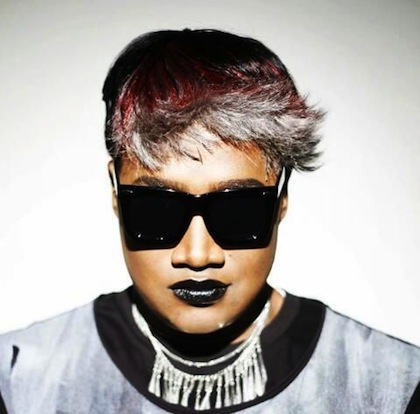 Internet trolls are annoying even if they’re not directly attacking you, so it’s understandable that people under fire from anonymous commenters would want to do something to handle them. In the case of Ken Dahl, an R&B pop singer from NYC, making an up-tempo and alarmingly catchy pop song about them was the way to go. “Casper” is the name of the jam, and be forewarned that there is some colorful language in it. (Mean people can inspire some passionate words.)

Dahl initially started writing songs and making music after being suspended from school and essentially grounded from all forms of entertainment. To pass the time, he picked up a pen and eventually turned those initial poems he wrote into songs. Instead of pushing down the outspoken parts of him that got him suspended in the first place he instead embraced them and has become quite a unique character in the music scene.

The first single that he released became a quick hit in the underground dance scenes, and he has already released four albums between 2009 and 2012. After a two year silence, he’s back with “Casper” and has an album on the way aptly entitled Delayed Gratification.

Once again, Dahl tapped into his own emotional experience in creating “Casper” (like the ghost), after being the target of some not-so-nice online comments from people at home hiding behind their computer screens. In the song, he formulates a plan to out the hater:

“You talk ---- all day / Behind a screen name / But guess what I found your picture, Casper / You’re no longer invisible / I got your pictures and I’m going to show the world / Ugly words come from an uglier author / Sorry to expose you but it was called for..."

Dahl’s sound is very reminiscent of the '90s, both in the dance and R&B genres, which isn’t surprising when you hear that people like Toni Braxton and Brandy were a huge inspiration. Even so, it still sounds new, and his smooth, slightly androgynous voice is totally different than a lot of other stuff happening right now. The song is slow and fast all at once with a faster beat pace than vocals.

With his pattern of snapping back strong after moments of introspection, we can assume that Delayed Gratification will have come after just the right amount of wait time.