ICYMI: 'Eighth Grade' Star Elsie Fisher To Get Her Rocker Girl On In 'The Shaggs'! 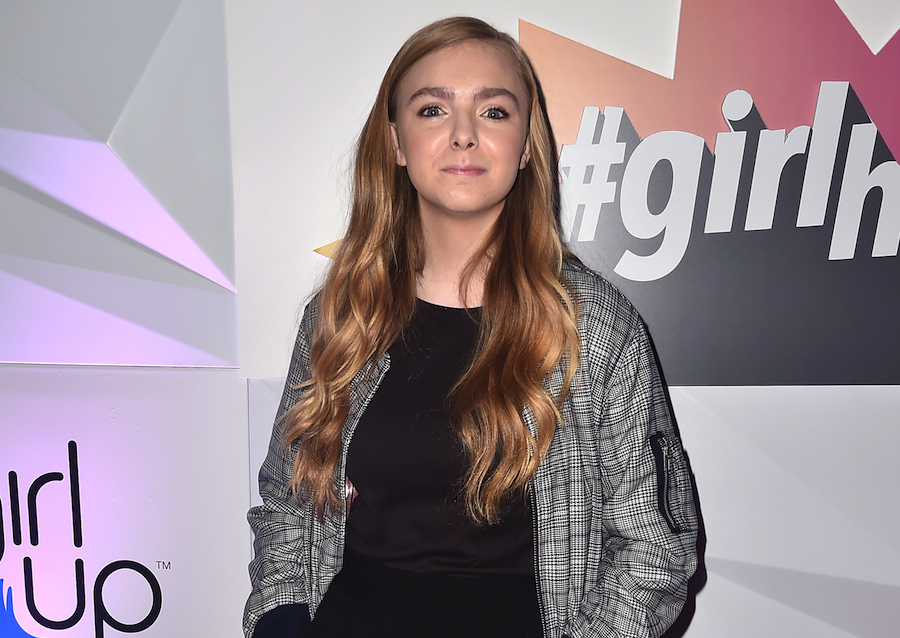 If you didn’t see Bo Burnham's movie Eighth Grade this year, WHERE HAVE YOU BEEN? It was so good, SO real, and truly told the story of what the beginnings of life as a teen was like for many of us. Highly recommend if you haven’t seen already.

The standout star from the film was the lead, Elsie Fisher, who played Kayla, an 8th grader who is just trying to fit in and make some friends. Fisher also voices the character Agnes in the Despicable Me films, but Eighth Grade was really her breakout role. And now, we’ll get to see her star in another movie!

It was announced this week that Fisher has been cast in a new movie called The Shaggs, which will tell the real-life story of the Wiggin sisters -- Dot, Betty, and Helen -- 3 teens from New Hampshire with no musical talent. The film will follow the sisters as they form their band The Shaggs and create their first and only album, Philosophy of the World, in 1969. Though not a hit at first, with the help of Frank Zappa later on, the band’s only album made its way to becoming one of the most infamous rock-and-roll albums of all time.

The film will be directed by Ken Kwapis, with screenplay written by Joy Gregory. Gregory had previously adapted this story as a musical for the stage after being inspired by a 1999 New Yorker article by Susan Orlean. Alex Beattie will produce, with Orlean, Harris Fishman, and Gary Nelson serving as executive producers.

We can't wait to see Elsie rockin' and rollin'!