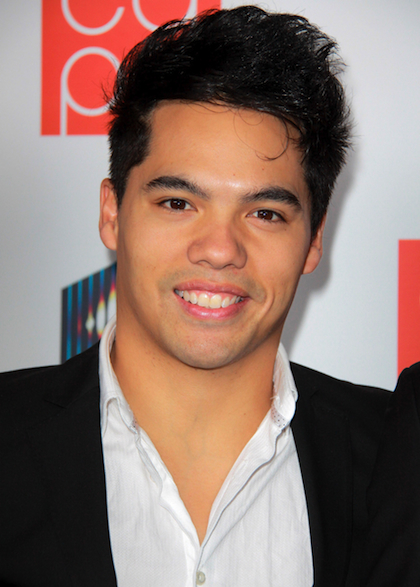 D-Trix, AKA Dominic Sandoval, is a talented dancer and YouTube personality whom you probably recognize from his channel "theDOMINICshow". Check out one of my ultimate favorite videos from that series below!

Dominic started dancing at the age of 13, but D-Trix started his television career on the third season of "So You Think You Can Dance".

His talents as a breakdancer and hilarious personality won over America. Although he didn’t win the show, he open doors and, a year later, we saw him on another dance reality show competing with a group called Quest Crew on "America’s Best Dance Crew" on MTV.

Quest and D-Trix’s success on the show even landed him a gig as a judge on "ABDC". Since then, D-Trix has still been dancing but has also found his passion for making sketches and videos on YouTube.

A few "theDOMINICshow" signature skits include…

D-Trix also gives out relationship advice and other random sketches and videos...

He even has another channel called the "RANDominicSHOW" where he posts vlogs, more challenge videos, ask videos, bloopers, and dance videos.

He's also guest-starred in many other YouTuber’s videos, as well as appearing in the movie Battle of the Year with Chris Brown.

And of course we can't forget the time he stopped by the YH Studio to show us how to sell it at da club!

Dominic “D-Trix” Sandoval is talented, creative, hilarious, and passionate about everything he does. So be sure to subscribe to his YouTube channels today!