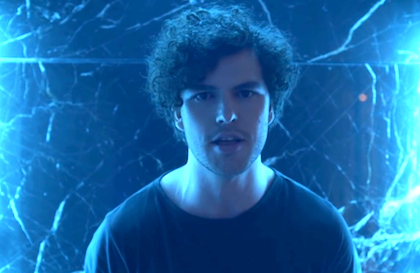 With music videos released by star-studded musicians taking over the charts this summer, we can officially add Vance Joy to the list! This week, Joy released his first single/music video of “Fire and the Flood” off his special edition album, Dream Your Life Away, and we can’t stop listening to this new beat!

Although Joy is better known for his hit single “Riptide” and recently-released song “Great Summer” off the Paper Towns soundtrack, this new music video has yet again proven how talented this cute Aussie really is!

This summer, Joy has been opening up for Taylor Swift on her 1989 world tour, captivating thousands of fans with not only his incredibly charming looks,\ but his unique one-of-a-kind voice that makes him stand out far from the rest!

Check out the brand new “Fire and the Flood” music video, as well as his visit to the YH Studio, below! Plus, be sure to peep our "Backstage Diaries" profile on the singer on our Apple TV channel! En-JOY!