'Vacation' Reboot a Go With Ed Helms AND Chevy Chase! 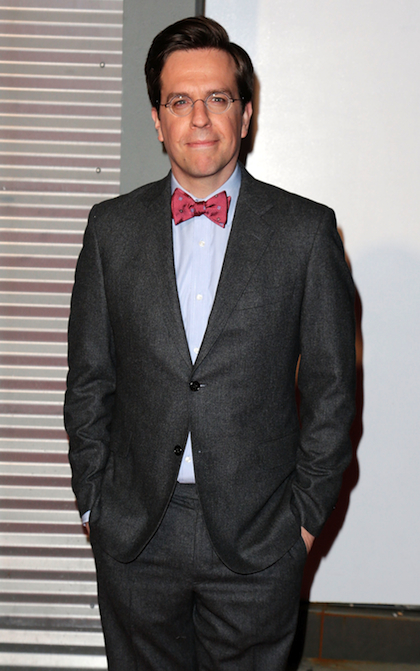 A year ago this very month, we told y’all that a fifth – yes, FIFTH – installment of the beloved Vacation movie series, brought to you by the good folks at National Lampoon, was in the works. At the time, all we knew for sure was that the film would revolve around a new generation of Griswolds – specifically, eldest child Rusty, now all grown up and with a family of his own. Rumors abounded whether or not Chevy Chase would reprise his role as family patriarch, the lovable oaf Clark W. “Sparky” Griswold, and though we had heard that Ed Helms was considered for the role of Rusty, the actor himself denied it.

Well, what a difference a year makes. Not only are both Chevy Chase AND Beverly D’Angelo confirmed to return as Clark and Ellen Griswold, but Ed Helms is confirmed to play Rusty! Well well well!

Movie franchises, especially comedy ones, have a tendency to fizzle out fairly quickly; however, the first 3 Vacation films – Vacation (1983), European Vacation (1985), and Christmas Vacation (1989) – have all become classics in their own right. The adventures of a well-meaning family man, his MILF wife, and two precocious kids who inexplicably swap ages from film to film, have hit a chord with audiences for 30 years. The most recent chapter in the franchise, though – 1997’s Vegas Vacation – was a certifiable dud that I am sure most of you don’t even realizes exists. It was a disappointing end to great run. Perhaps audiences were just getting tired of the same old thing; perhaps focusing on a new generation will be just what is needed to reinvigorate this series! It also doesn’t hurt that Christina Applegate is on board to play Rusty’s wife. Those recent Old Navy commercials probably helped a little too…

Vacation is currently in pre-production and is slated for a 2014 release!

(FUN FACT: "Euro Rusty" was played by Jason Lively, who is the older brother of one Ms. Blake Lively! )