"Twin Peaks" Season 3 Officially a Go -- What We Can Expect! 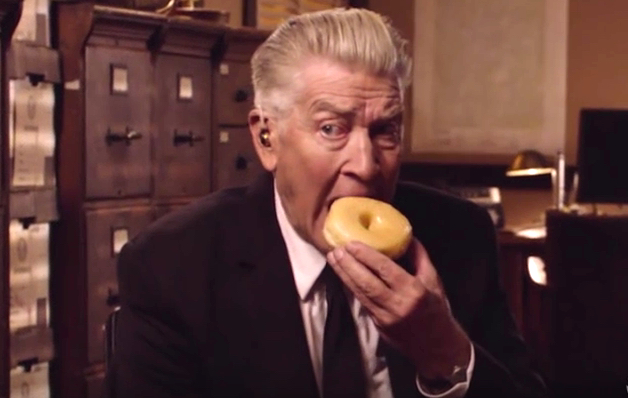 It’s been too long since the sights of coffee, pie, owls, and a giant have invaded TV airways, but “Twin Peaks” is coming back to television through Showtime on May 21. It’s also been too long since the revival series was first announced, unannounced, and then announced again. The show’s mechanics had been wrapped up tight but some details outside of the premiere date have come to surface at last.

For starters, we know this third season will consist of 18 one hour-long episodes. That puts it at a longer streak than the highly-praised first season but a few episodes shorter than the topsy-turvy second season that got it canceled and left viewers with a quarter-century-long cliffhanger. Now fans will finally get to see what happened after the insanity that left many people throwing their remotes at their TVs after watching it years later on Netflix, like myself.

If you aren’t caught up, I don’t know why you’re reading this, but this show is weird. So weird that there’s a lot of cryptic things that don’t make sense at the time but are possibly starting to now. As fans, we know the whole show kicked off with the murder of Laura Palmer which motivated FBI Agent Dale Cooper (Kyle MacLachlan) to come to the town of Twin Peaks to solve the crime. Lots of craziness happens. It gets hard to explain at times, but due to network interference, the crime is solved but there’s still some dark stuff going on in Twin Peaks, like this crazy dream room where Laura Palmer predicts the “Twin Peaks” revival series...

The same room, called the Black Lodge, plays a huge part in the series finale. A lot of Season 2 lost people’s interest because the show, despite being known as surreal, lost a lot of focus, and audiences noticed. It was a shame because the last handful of episodes of “Twin Peaks” get really good and explore more of the show’s mythology, and of course left us with this cliffhanger of Cooper’s evil doppelganger escaping the Black Lodge and leaving the real Cooper to rot there. The scene is also pretty unsettling for network TV in general, let alone 25 years ago:

On top of finding out what happened next and what’s going on in Twin Peaks 25 years later, we will get a whole crop of new cast members as well as some old. The list is quite extensive, so I’ll give some new ones that caught my eye -- Michael Cera, Amanda Seyfried, Ernie Hudson, Eddie Vedder, Trent Reznor, Brett Gelman, Jim Belushi, Naomi Watts, Tim Roth, Jennifer Jason Leigh, Matthew Lillard, and Charlyne Yi. Many more surround this nearly limitless list.

On top of a slew of new cast members, whether they only appear in the show in a cameo role or not, most of the original cast is returning, although Heather Graham, who played Cooper’s love interest Annie Blackburn at the end of the series, will not be returning, which makes me upset. One that I’m very excited about returning, however,,is David Duchovny as DEA Agent Dennis Bryson, who transitioned to Denise Bryson by the time we meet her. Not only was it revolutionary for a show from the early-'90s would include a transgender DEA Agent character, the other characters in the show are very accepting of her.

Maybe it says something about the times that it took a show where a little person speaking backwards to speak forwards was a common occurrence to make a transgender character more human, but hey, the results are there. Plus, this is Duchovny pre-alien hunting phase. This stands to reason that Duchovny might be one of the best actors in the game.

To round off who else I’m excited to see again besides Agents Cooper and Bryson is Agent Gordon Cole, the deaf crime fighter who naturally blows his cover because of his shouting due to extreme hearing loss. Cole always walks around with two hearing aids plugged in and turned up to maximum volume. Despite his best efforts, though, he often mishears others, and when asked about the incident that caused his hearing loss, he merely answers, “Long story.” He’s a funny character to watch and what makes him even better is that he’s played by the man behind “Twin Peaks” himself, David Lynch.

“Twin Peaks” Season 3 premieres on Showtime on Sunday May 21. The premiere will be two hours long and it is not certain at this time if that is one episode or two. To catch up on the original series or to refresh your memory, the original two seasons of “Twin Peaks” are streaming on Netflix.