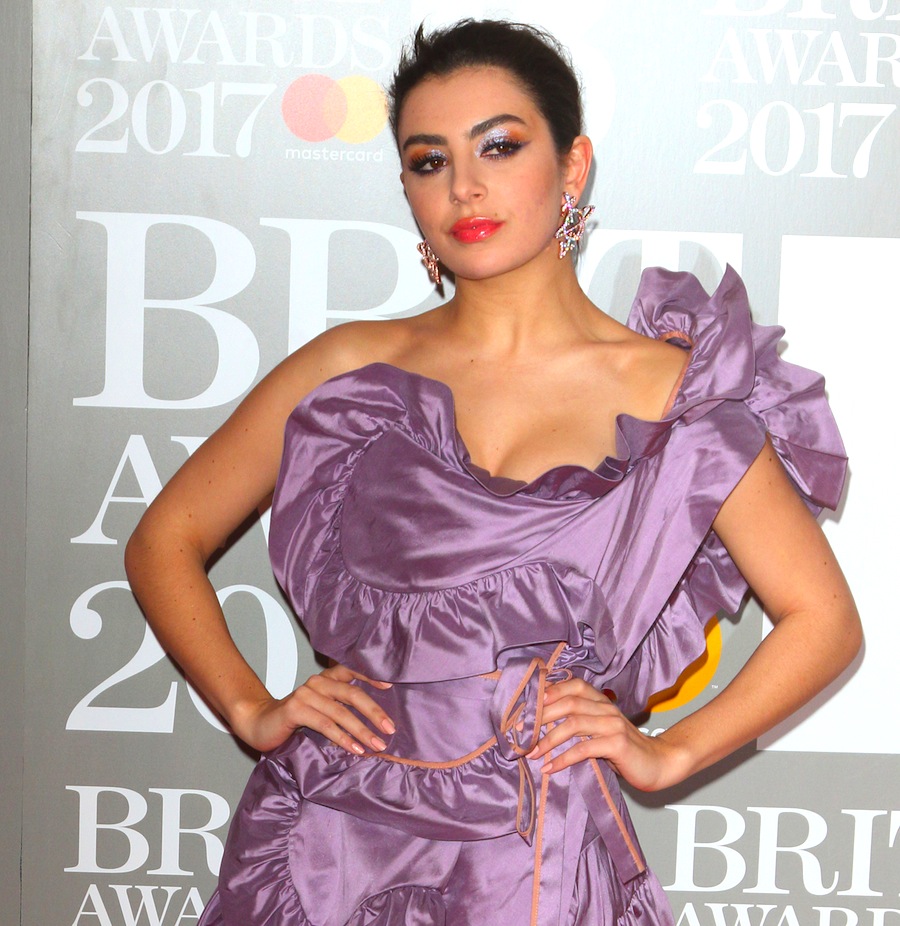 Charli XCX recently released her second album, titled Number 1 Angel, featuring 10 tracks of classic Charli, fully equipped with her synth-pop vibes and bubblegum attitude that we’ve come to know and love. Dive into her newest release and listen as she firmly secures her spot among the most popular pop artists today!

The beginning of this song gives us serious Rihanna vibes, à la “Desperado” off the Anti album, so it immediately sparked intrigued in my RiRi-loving heart. Then when the vocals come in, you begin to hear Charli’s signature voice and you’re immediately submerged in the Charli XCX style. There’s a bit of a hip-hop vibe, and sweet guest appearances on the track.

Favorite lyric: “Member the days they would diss me / I know they out tryna get me (Now they wanna hit me up) / 'Member they said I wouldn't get it, I got it...”

We can’t wait until we hear this on the radio, and we firmly believe that time will come because this song was made for regular air play. It’s the kind of song that will years later remind of you a fun adventure-filled night. At first listen, it’s fun and light, then after a closer listen, it’s a little angry and relatable, which gives the song the dimension it needs to be a serious banger. One of the best off the album for sure!

Favorite Lyric:“One thousand times, the same old story / Forgive myself, now this is over / I can't believe you had me fallin'...”

One of the things that makes Charli XCX so special is that even her sad breakup songs have a catchy beat and a distinct attitude present in the lyrics. It’s sorrow with a little bit of sass and strength. "Blame it On You" is a perfect example of this. This is a high-quality breakup song, which showcases Charli’s unique brand of breakup anthems.

Favorite lyric: “Every lie you tell comes true / But I still wanna be with you / I blame it on you, yeah...”

Now, this is a dance song. This sounds like a jam that would pop up in the international dance station on Pandora. It has Swedish pop vibes but also a '90s bouncy feel to the beat. This is perfect for jamming in the car or pumping up a dull party. It’s energetic and fun, just like Charli herself.

Favorite lyric: “Your touch got me off the ground / It's like we're living in a daydream / Skylines spinning 'round and 'round / And then you tell me that you love me...”

Another killer emotional song from Charli is the appropriately-titled "Emotional". Charli XCX is not just the dance pop queen we always wanted -- she’s also a relatable artist. This is her version of a power ballad and it is compelling and affecting. This is definitely a song that makes you feel all the feels.

Favorite lyric: “All over, deep under my skin, you got me so emotional / We had something that never happened / If only we had lost control...”

This song builds as it progresses in such a unique way. This is the shy girl’s anthem when it comes to love. It is bubbly and fun, but grippingly honest. This is the kind of song that gets stuck in your head but it’s so great that you don’t really mind. If you’re living in the late-'90s and still make mixtapes, then I would suggest adding this one to your list. It won’t disappoint.

This song sounds like indie romance perfection. It is slow and dreamy, and focuses more on the lyrics and Charli’s sweet vocals with the beat softly pulsing in the background. This song is one of her more poetic ones, reminiscent of Halsey — in a good way!

Favorite lyric: “We're gonna melt down/ Gonna disappear into the sun, into the sun/ Gonna burn down together like fire / We can't get enough...”

Cool talking intro, Charli. This song feels so vintage and familiar, but I can’t pinpoint the exact reason. Maybe if you listen to it, you can link the connections between this song and some killer hit from the past. Uffie and Charli’s vibes combine so well that they sound like they could be a rad new girl group. It’s extremely catchy and the most purchased track on the album on iTunes.

Favorite lyric: “I've got a million dollar smile / I can live in your dreams with my angel wings and Fiorucci jeans...”

Clearly she’s writing to a boy she likes who works at CVS; she has a cold. He sells her Advil and decongestants. Right? This slow electronic song is a romantically-charged hit. Charli’s vocals are deep and emotional. The addition of ABRA brings a unique sound to the track and the album as a whole.

Favorite lyric: “I was never good at dealing with no comedown / So feel free to come around when you wanna come 'round / You’re my favorite drug, just take me to your underworld...”

Lipgloss is an up-tempo electronic song with a beginning that sounds like it could be the background music in a video game. This track shows off Charli’s bubblegum pop leanings the most out of all the songs on the album. The addition of CupcakKe’s contradictory sound actually works with the song, and we love it. With this track, you might find yourself mindlessly clapping to the fast beat.

You can check out Charli XCX’s new album Number 1 Angel on ITunes!