The Virgo Queen is Back! Keke Palmer’s 'Virgo Tendencies Pt. 1' Is Your Next Must-Stream! 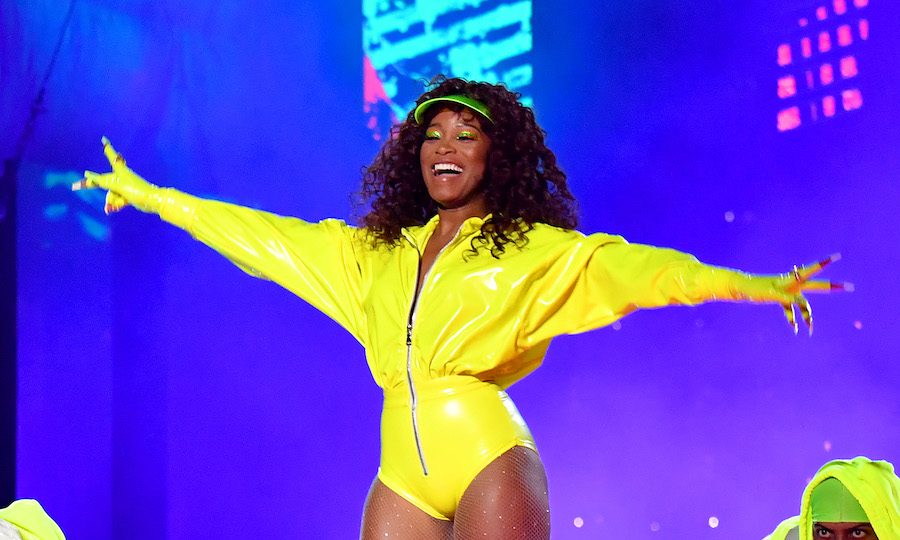 This past Sunday, Keke Palmer lit up the stage -- or rather multiple New York locations -- as the host of this year’s MTV Video Music Awards. Palmer was the first Black woman to host the VMAs since 1987 when Downtown Julie Brown served as the host of the award show. Not only did Keke slay as this year’s host, but she was also one of the best dressed of the night, and even performed, showing us all that Keke Palmer really can do it all! The singer, dancer, and actress performed the song “Snack” off of her newest EP, Virgo Tendencies Pt. 1, which was released leading up to her VMA debut. ICYMI, check out the video of her performance below, and watch both her and her backup dancers’ dynamic performance on the VMA stage!

After Palmer’s role as host of the VMAs, she is sure to see spikes in the streaming of Virgo Tendencies Pt. 1. As a Virgo herself, Keke celebrated her birthday on August 26th and just 2 days later released her EP. Virgos tend to be loyal, strong, and perfectionist, and these tendencies are just what Keke is singing about in her album.

Virgo Tendencies Pt. 1 is a 12-track EP that also features hilarious skits like “Let’s Have a Keke” and “Quarantine Blues”, but also features some of her previously released singles as well as some brand new tracks. This was Palmer’s first project to be released in over 4 years, so to gain the attention of fans and listeners, Palmer released some of her singles like “Snack”, “Sticky”, and “Twerk N’ Flirt” in the month leading up to the release of the album. The R&B artist also released the title track earlier this year but released the long-awaited music video on the 26th, just in time for her birthday! While the track is not on the new EP, the single describes the characteristics of a Virgo that are prevalent in her relationships, such as wearing her heart on her sleeve and, when the relationship is done, it is really over. You can check out the recently released music video below!

Palmer’s latest project is the first of 2 installments, and fans can expect the release of Part 2 to come later this year and to showcase a more emotional side of Keke, including the title track “Virgo Tendencies”. Palmer describes Virgo Tendencies Pt. 1 as being the light-hearted and charismatic side of the Virgo, and she allows her personality to shine throughout each song and skit. Part 2 will show a different side of Palmer, one that we are highly anticipating and cannot wait to hear.

StreamVirgo Tendencies Pt. 1 on all available streaming platforms today, and get ready to experience the power of a Virgo!