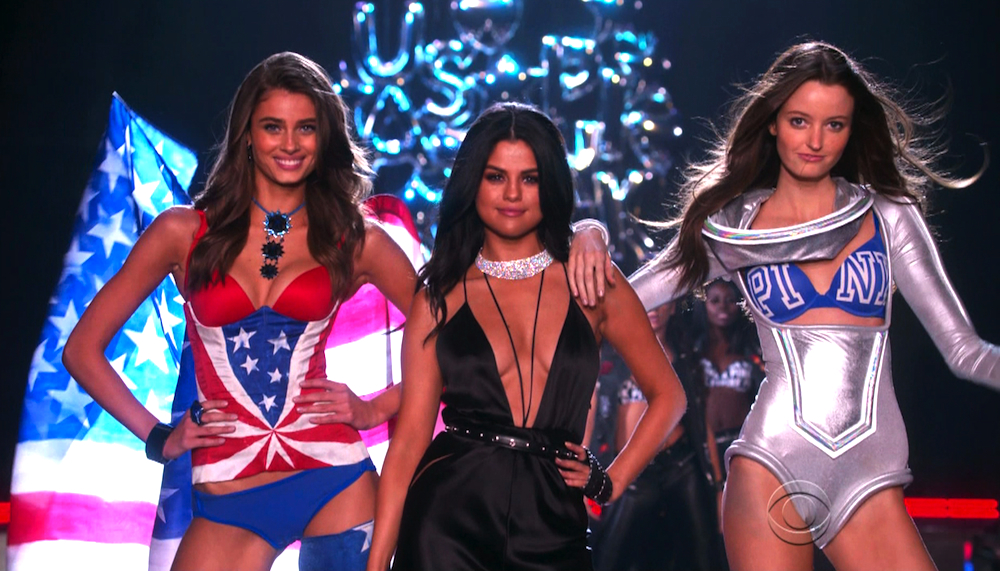 Are you ready to slay the runway?

The 2015 Victoria’s Secret Fashion Show is the hottest night on television, taking place in New York Cityand broadcast to over 90 countries with models from all over the world. This year proved to be challenging, with 45 angel wings on the catwalk -- the most ever in a show! Music is an instrumental (pun intended!) part of the show, and this year's musical acts included Ellie Goulding, Selena Gomez, and The Weeknd.

ICYMI (or in case you didn't but want to re-live it), here are the sweetest, sexiest, and sassiest moments from the show!

Kendall Jenner and Gigi Hadid took their first walk down the Victoria's Secret runway. However, this isn’t their first rodeo! Kendall has worked it on many runways for Marc Jacobs, GIVENCHY, Michael Kors, Vera Wang, Oscar de la Renta, Alexander Wang, Fendi, and many more. She is also the current face of Estee Lauder. Talk about building your resume! She stunned in the Boho Psychedelic portion like an absolute pro. Loved her colorful train!

Gigi started modeling for GUESS at just 2-years-old. She made her NYC Fashion Week debut on the catwalk for Desigualin 2014. She also worked it on the runway for designers at London Fashion Week. She’s currently the face of Maybelline and was also in 2014 and 2015 Sports Illustrated Swimsuit edition. The list goes on! She was an absolute vision in the Exotic Butterfly’s portion of the show and had a smile from ear to ear... as did we!
Both Kendall and Gigi have definitely put in the time to make it on the V.S. catwalk. They have built up so much credibility at early stages in their career. Well done!
SEXIEST:
The girls worked their sassy sheek PINK looks when Selena Gomez took the stage. The singer sang two songs off her new album, Revival: “Hands To Myself” and “Me & My Girls”. Selena looked sexy yet classy in her statement black dress.
If you haven’t heard, The Weeknd and Ellie Goulding have both been nominated for Grammys this year, and their performances are testaments to why that is. They both sang two of their hits, “In The Night” and “Love Me like You Do”, both quite sexy tracks -- one being more upbeat while the other is more of a ballad.
SASSIEST:
Veteran Lily Aldridge was selected to wear the Fantasy Bra this year, which is one of the biggest accomplishments a Victoria's Secret Angel can achieve. There are 6,500 gems on this $2,000,000 bra, and Lily worked every single one of them during the Fireworks portion of the show. The different color crystals were placed to represent fireworks along with her multicolored wings! She brought the sass and we think she channelled it from Taylor Swift’s “Bad Blood” music video, which she was featured in earlier this year.
We also need to send out a BIG congratulations to the queen of sassy/strong, Adriana Lima, as she walked in her 15th V.S. Fashion Show this year! Crazy to think this dynamo has been gracing the runway for 15 years. #Blessed
It was a great night full of beautiful strong women with great musical performances. Check out our interview with V.S. model Alessandra Ambrosio and go backstage with us during the show!
What was YOUR favorite part of the Victoria’s Secret Fashion Show?
(Photo via WENN)
- Brittany Taormina, YH Contributing Writer