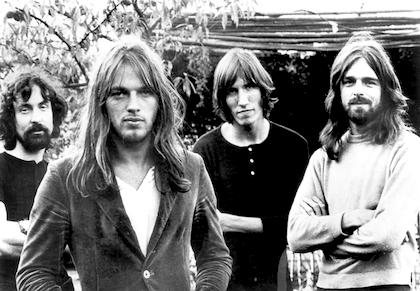 Dust off your copies of Wizard of Oz, break out of your walls, and light up your… okay, we won’t go there on here, but Pink Floyd is releasing a new album! Over the weekend, Polly Samson, wife of Pink Floyd’s lead guitarist David Gilmour and frequent musical collaborator, leaked on Twitter that the legendary British rock band would be releasing a new album in October of this year. The tweet in question is below:

Btw Pink Floyd album out in October is called "The Endless River". Based on 1994 sessions is Rick Wright's swansong and very beautiful.

Samson, who is credited with songwriting for Pink Floyd’s last album, 1994's The Division Bell, specifically mentions Richard “Rick” Wright in her tweet. In case you do not know who Wright was, he is best remembered as Pink Floyd’s keyboardist and one of the original members. Sadly, Wright lost his battle with an undisclosed form of cancer in 2008 at age 65. During this time, he was working on an instrumental solo album.

After Samson’s tweet, there has been much speculation as to if this is simply a rumor, considering they haven't released an album of new material in twenty years, but rumors gave way to reality yesterday when Columbia Records confirmed the news in a press release, stating: “Pink Floyd can confirm that they are releasing a new album The Endless River in October 2014. It is an album of mainly ambient and instrumental music based on the 1993/4 Division Bell sessions which feature David Gilmour, Nick Mason, and Richard Wright. The album is produced by David Gilmour with Phil Manzanera, Youth and recording engineer Andy Jackson. Work is still in progress, but more details to come at the end of the summer."

I for one am eager to get more updates, as I am a huge Pink Floyd fan! Their musicianship is unrivaled, and I hear something new I didn’t hear before whenever I listen to any of their albums. How did they do that before computers?! But enough about my excitement, how about you? Are you excited to hear Pink Floyd’s brand new album Endless River?