'The Parent Trap' Cast Reunites For The First Time Since 1998! 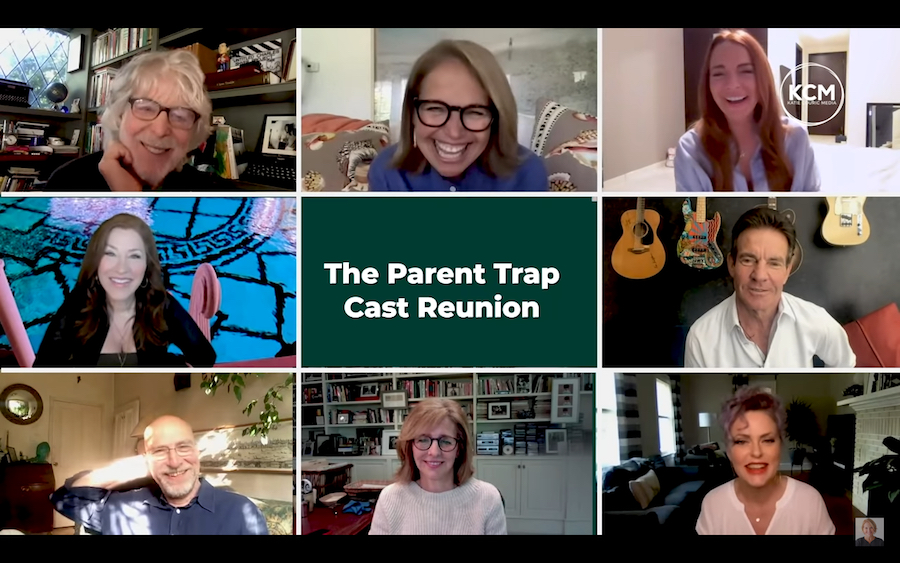 Can you believe it’s been 22 years since The Parent Trap was released?! The classic film starring Lindsay Lohanis an all-time favorite that we will never get tired of watching. It was genuinely a cultural reset.

2020, being a year full of surprises, has given us cast reunions we may have never expected. When we heard the announcement of a reunion with the ENTIRE cast of The Parent Trap a wave of emotions instantly took over. [*cue “L-O-V-E” by Nat King Cole*]

Nancy Meyers, the film’s director, and journalistKatie Couric broke the news on Instagram and shared a sneak peek of the special event. Seeing Lindsay Lohan sealed the deal for me, I knew I had to tune in! We spotted some other familiar faces including Dennis Quaid,Lisa Ann Walter, Simon Kunz, andElaine Hendrix.

Boy, do @nmeyers and I have a treat for you! We got the cast of the Parent Trap together again for the first time since 1998. The full episode will premiere exclusively on my Instagram TOMORROW at 9 AM ET. Make sure to mark your calendars - you won’t want to miss this!! ? #parenttrapreunion

They discussed all things about the film, from the casting process to their favorite scenes. They kicked off the conversation by noting that the virtual reunion was the first time the cast came together since the film’s premiere in 1998! It becomes an ultimate nostalgic moment when Lohan and Quaid reenact the car scene where Annie (who was pretending to be Hallie) keeps repeating the word "dad". If you used to believe there were two Lohans, you were not alone! Dennis Quaid confessed to thinking there were two girls because Lindsay Lohan’s British accent sounded so real.

Elaine Hendrix, who played the iconic Meredith, mentioned the praise her character has received recently (#JusticeForMeredithBlake). I’ll never forget that entire camping sequence or the moment Annie (as Hallie) thought that Nick was going to adopt Meredith. Speaking of the camping scene, Hendrix and Quaid had a friendly banter over which water scene (the pool or lake) had the coldest water. Let’s say it was a tie!

There was also a sweet tribute to the late Natasha Richardson, in which the cast recalled their favorite memories with her. “Natasha had such an elegance and grace, and she was so maternal to me,” shared Lohan. Dennis Quaid added on by mentioning the joy Richardson would bring to set. It was a heartfelt and emotional moment in the event.

If there’s anything we need right now, it’s coming together. The special The Parent Trap reunion showed how connected a cast can remain after a couple of decades. Better yet they came together to host a fundraiser for World Central Kitchen, a nonprofit organization that has been providing food relief during the COVID-19 pandemic.

To feed into the nostalgic feels the reunion brought, I’ll be re-watching the classic film on Disney+. Catch the full wholesome reunion below!