The (Not-So Spooky) Origins of Halloween! 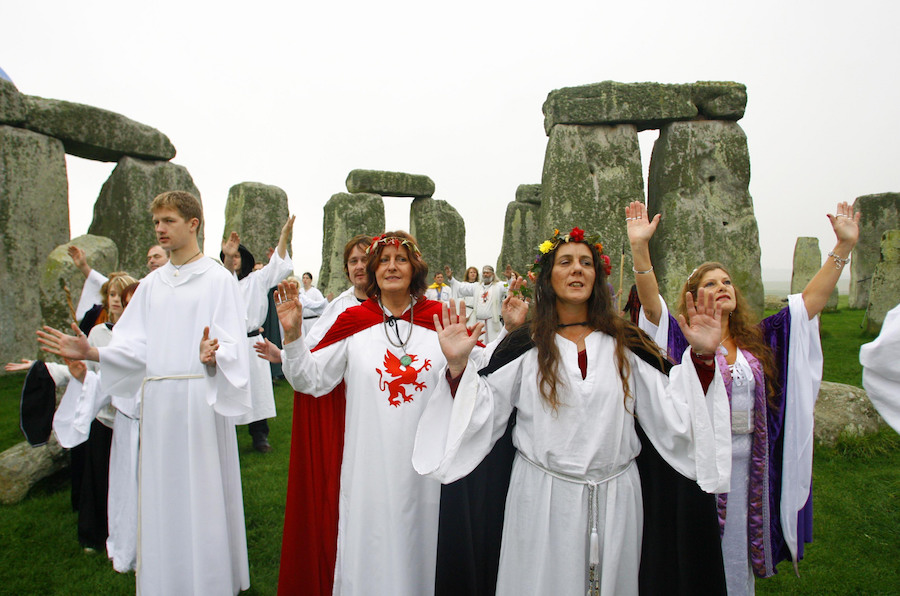 While we are enjoying our Halloween activities of bobbing for apples and trick-or-treating this year, we may find ourselves wondering where these traditions actually came from. If you are Halloween fiends like us, knowing the roots of the holiday may be of interest to you. While it is heatedly debated which religion and culture Halloween originally belonged to, historians theorize that elements from each of the following celebrations of the past have been adopted to culminate into our modern-day celebration of the holiday.

All Hallows Day, also known as All Saints’ Day, was a holiday of the Catholic church which began sometime around 700 AD. Pope Gregory III (who died in 741 AD) was the one to establish All Hallows Day in the Catholic church. Marking the day of November 1, he stated that it was the day to celebrate all of the saints of the church who have passed on to Heaven. The evening before All Hallows Day was called All Hallows Eve, which eventually turned into Hallowseve, or Halloween. For followers of the church, All Hallows Eve was dedicated to baking and cooking. The most popular item to bake being "soul cakes", which would be left out for the spirits in anticipation for November 1. This is thought to be the beginning of the tradition of trick-or-treating.

Samhain (pronounced SOW-en) was a Celtic festival that, according to an artifact called the Coligny Calendar, dates back to the 2nd Century. However, the earliest explicit mention of the festival can be found in Irish literature from the early-800s. The festival was to celebrate the end of the harvest season and welcome the coming winter (the "dark half" of the year). Celebrants of this holiday believed that, beginning at sundown on the 31st of October, the barrier between the two worlds (living/physical and spiritual) would be thinned, providing opportunity for communication and interaction with the dead. To celebrate this reunion and the end of a difficult harvest season, communities would gather to share in feasting and ale drinking, dressed in special garb for the occasion. The traditions that we have adopted from this festival include the idea of ghosts and spirits being associated with Halloween, and dressing in costumes on the 31st of October. Samhain is still observed to this day by neo-Pagans and followers of Wicca.

The Festival of Pomona was a Roman holiday dedicated to celebrating the goddess of fruits, trees, and orchards. Romans would bring offerings to thank Pomona for protecting their crops and providing them a plentiful harvest. The offerings consisted mostly of nuts and apples, the things she helped them grow. One of the earliest mentions of Pomona is in Ovid’s Metamorphoses (written in 8 AD), in a scene where the goddess is visited by the god of transformation, Vertumnus. The story tells the importance of togetherness and love. To reflect her stance on fellowship, celebrants would gather together for a large feast. The feast held in her honor would include games, such as bobbing for apples. This is believed to be the origin of our current Halloween tradition, and incorporating apples into our Halloween/Autumn celebrations such as going apple picking and consuming caramel apples.

It is hard to recognize just one of these traditions as being the origin of Halloween, since it is highly likely that, over time, we have adopted elements from each one. While each of the originating cultures are very diverse, their ideas regarding the harvest season of October have many overlapping similarities. It’s no wonder that we eventually began to combine traditions! This year, when you are about to partake in a Halloween tradition, take a second to ponder which culture of the world brought you this little slice of seasonal joy!