The Must-See Indie Films of Summer 2017! 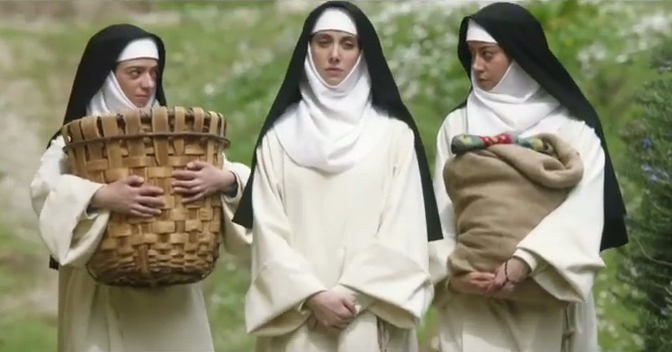 The weather is starting to warm up (unless you’re in Southern California, where it's always warm), the flowers are blooming, and it’s finals season -- Summer is nearly upon us! The first summer blockbuster was already released (Guardians of the Galaxy vol. 2), and while we’re bound to hear about other blockbusters (Wonder Woman, Cars 2, Baywatch, etc), there’s also a number of indie films hitting theaters that are definitely worth checking out if you're not into the big-budget hype. Here are the top five indie films to check out this Summer!

Cate Blanchett plays not one, not two, but thirteen (!!) roles in this art installation-turned-film. Each character is a “manifesto” (just like the title, get it?) and the different manifestos Blanchett transforms into include: a news anchor, a teacher, a scientist, and a punk rocker, just to name a few. We all know that Blanchett can play multiple roles in one film (Remember I’m Not There?) but I’m not sure we’ve ever seen her (or anyone!) tackle this many roles at once!

What sounds like the feel-good indie of the Summer, Band Aid stars Adam Pally and Zoe Lister-Jones (“New Girl”) as a couple going through a funk who decide to start their own band. The band is designed to help them confront their problems, but they end up finding out that the band may be a new career for them. Fred Armisen appears as their goofy drummer (every band has to have a quirky drummer!).

Nobody Speak: Hulk Hogan, Gawker, and Trials of a Free Press (June 23)

Considering the fact that the President of the United States recently called the press “an enemy of the people”, a film partly titled Trials of a Free Press seems particularly timely. Not focused on alternative facts, Nobody Speak actually focuses on Hulk Hogan’s infamous lawsuit against news site Gawker, which became so explosive it led to their bankruptcy. If that’s not juicy enough, the lawsuit was over the release of an alleged sex tape starring Hogan himself. This documentary involves more drama than a telenovela!

Literally called “pure trash” by the Catholic League, The Little Hours is not literally about trash but rather about three nuns (played by Alison Brie, Kate Micucci, and Aubrey Plaza) who decide that they like to play by their own rules rather than the church’s. I think we all love a good romp about nuns who break the rules (Sister Act, anyone?) and the three leading ladies are a tour de force of comedy. The film also stars Nick Offerman, Dave Franco, and Fred Armisen, so if you are looking for a fun romp about naughty nuns and funny men, then this is the film for you. (Warning: trailer NSFW)

Prior to starring on “SNL”, Kyle Mooney (along with co-star Beck Bennett) made his own oddball digital shorts. He decided to get the band back together and the ending result is Brigsby Bear, a hilarious film in which the premise is even weirder than most indie fare. A twentysomething man (Mooney) was raised by a couple who only allowed him to watch '80s sitcoms, one of the most prominent being the fictional “Brigsby Bear”. Once he enters the real world and realizes that everyday life is nothing like an '80s sitcom, he decides to try to cope with his new-found surroundings by making a “Brigsby Bear” movie. In proper '80s fashion, Mark Hamill makes an appearance and Mooney is bound to learn a lesson by the end of it.