"The Magicians" Secures Its Place in the Fantasy Genre! 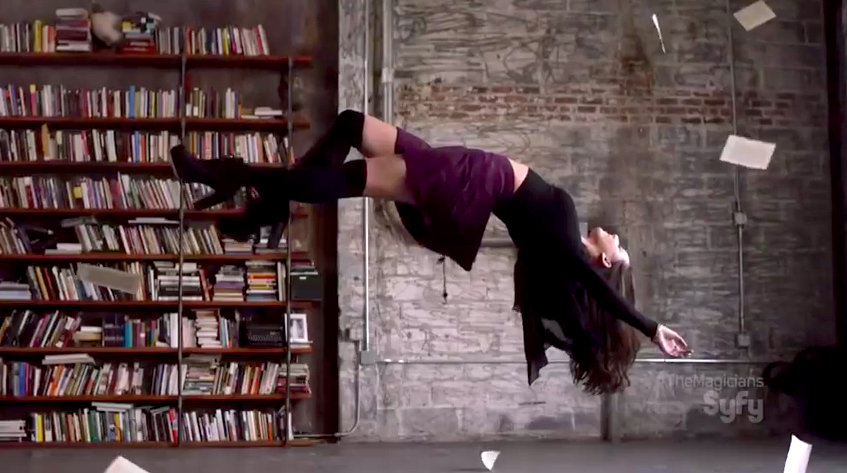 If you haven't been watching SyFy's original series "The Magicians", now is the time to get on that.

"The Magicians" is basically an adult version of Narnia mixed with Harry Potter. Based on the novel of the same name, the story follows Quentin Coldwater, a somewhat awkward young man who finds that the one thing that made him feel safe and complete was real magic. He attends Brakebills College where he learns that his favorite book series growing up, Fillory and Further, may be based on real magic.

As you can see, this is no ordinary “Abracadabra” or “Wingardium Leviosa” with a swish and a flick. It does, however, include "tutting".

Sorry, I’m getting a little ahead of myself. And I may or may not be practicing my own spellcasting tutting...

In the series, we go on a journey with Quentin where he learns about magic spells, history, and casting, almost like Harry Potter.

Want to see what Hogwar--I mean, what Brakebills is like? See if you can pass the entrance exam!

Yeah! First try! Just kidding, it took me three tries to get in. Brakebills is one mysterious and fascinating place but it is just the tip of the iceberg.

This is where I warn you all of *SPOILERS*!

Later in Season 1, Quentin finds out that Fillory might be more accessible than just through the favorite books. He finds that there are portals to Fillory, just like the books told, much like the wardrobe that leads to Narnia. Quentin finally makes his way to Fillory and the world is everything and more than we all imagined.

Unfortunately, by the time Quentin gets to Fillory, the land is taken over by what they call "The Beast” who is very powerful and evil. Quentin has a run-in with The Beast in his first few weeks at Brakebills, and the results are... not good.

"The Magicians" is currently in Season 2 of the series, but you can catch up on all of Season 1 on Netflix before tuning into new episodes of on Wednesdays at 9pm on SyFy!