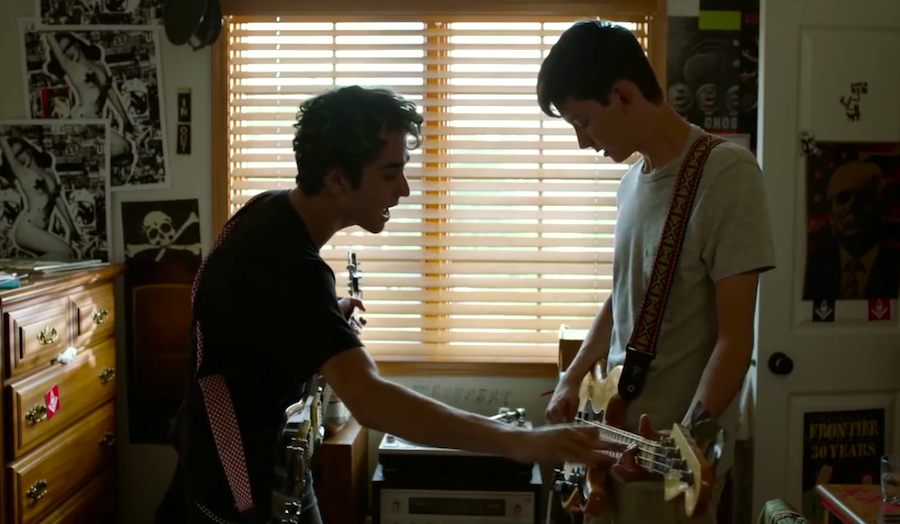 Imagine growing up in a geodesic dome that often hosts tours and all you’ve ever known is life inside the dome. Well, that is exactly Sebastian Prendergast’s story in The House of Tomorrow. He has lived a very sheltered life under the eye of his grandmother (Ellen Burstyn).

It isn’t until during one of the tours when his grandma gets a stroke that Sebastian (Asa Butterfield) begins to realize what he’s been missing out on the outside world.

The House of Tomorrow, directed by newcomer Peter Livolsi, is a coming-of-age drama based on Peter Bognanni’s best selling book of the same name. It explores the friendship between Sebastian and Jared Whitcomb (Alex Wolff), a rebellious teen he meets at one of the tours with his father Alan (Nick Offerman).

As Jared begins to show Sebastian life outside the dome, Sebastian sees and does things he never knew existed! Once he discovers punk music, in particular, his world changes. The duo, therefore, decides to learn to play the guitar and create a punk band. Sebastian even gets a whole new look!

While all this is happening, Sebastian’s grandma is clearly not pleased with his recent decisions. Another person who isn’t so happy is Alan, since Jared just got a heart transplant and is still adjusting to it. Both Sebastian and Alan will have to try to escape their overprotective guardians while pursuing their interest in the punk band.

We’re interested to see how this mismatched friendship evolves throughout the film and what both will make of their futures as they deal with their internal battles!

After premiering in several festivals last year, The House of Tomorrow will premiere in theaters on April 27!