The Definitive Hits of the 2016 Rock & Rock Hall of Fame Nominees! 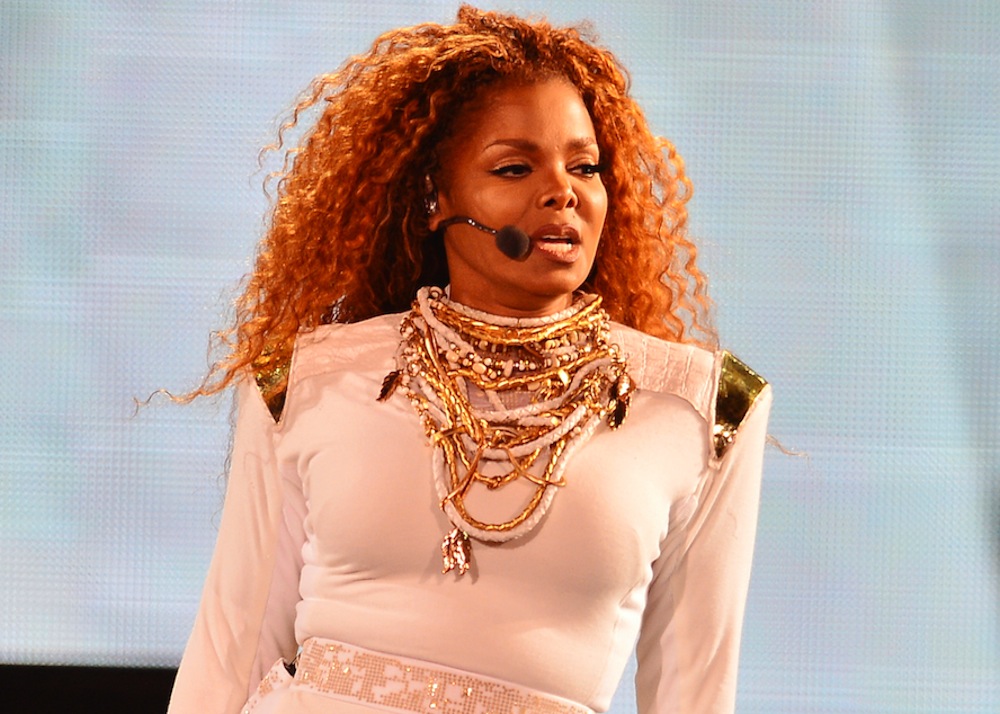 Getting into the prestigious Rock and Roll Hall of Fame is a goal that every musical artist aspires to, no matter what the genre. The nominees for the Class of 2016 make quite an interesting bunch, including Nine Inch Nails, Cheap Trick, N.W.A., Janet Jackson, The Smiths, The Cars, Chaka Khan, Chic, Chicago, Steve Miller, Los Lobos, Deep Purple, Yes, and The Spinners. Nominees need to have released their first album no later than 1990. Only 5 will ultimately make it in, and you can have a say in who does! Voting ends on December 9th, so be sure to support your faves!

However, if you’re a little unsure of who exactly to vote for, allow me to help you out. Each of the above artists have released countless songs and are enormously talented, but there's always that one that epitomizes them as an artist and their contributions to the music world. I won’t tell you who to vote for (that’s up to you!), but I can offer some insight on their signature songs to help you decide:

Written in 1994 by frontman Trent Reznor, “Closer” has been deemed one of NIN’s sexier songs. Ironically, Reznor has stated that the song is actually about self-loathing, but due to the song’s rather provocative lyrics, it has been interpreted to be about straight-up animal lust. In addition to “Closer’s” lyrics (which can be interpreted multiple ways), the bass drum sounds great. Listen and judge for yourself (here is the SFW radio edit):

Cheap Trick: “I Want You to Want Me”

I first fell in love with this song when I first watched 10 Things I Hate About You, which is one of my all-time favorite teen flicks. Beyond that, “I Want You to Want Me” is just a fun song. It’s upbeat and slightly campy. First written in 1975 by the band, the song was meant to be a bit of a satire -- they wanted to poke fun at the sheer amount of pop and disco on the radio. However, the song went on to become a hit -- especially in Japan -- and is now a favorite to dance to.

The song that went on to inspire a generation (and a hit film) has become what is most likely not only N.W.A.’s most well-known song, but has spawned countless memes. “Straight Outta Compton” was released in 1988 and features most of the members of the group. After its release, the song completely changed the landscape of hip-hop and went on to inspire countless artists including Snoop Dogg, Cypress Hill, and 2PAC. Had the song never been released, the world of hip-hop would have been completely different. If you have never heard it, then you must (just not at work or school -- this is very NSFW):

Janet Jackson: “When I Think Of You”

Janet Jackson is so much more than Michael Jackson’s sister; indeed, it can seem like an impossible feat to make a name for yourself outside of a shadow that big, but Janet has done more than alright for herself, and she has countless number one hits (and the love of multiple drag queens) to prove it. “When I Think Of You” was her first number one hit, and at the age of 20, she became the youngest artist since Stevie Wonder to have a song at the top of the charts. Released in 1986, “When I Think Of You” is delightfully '80s and pop-y, and it’s no wonder that Janet has gone on to inspire numerous pop artists. It’s quite impossible to listen to “When I Think Of You” and not smile. Try for yourself (and don’t you just love this video):

The Smiths: “This Charming Man”

Written by guitarist Johnny Marr and lead singer Morrissey, “This Charming Man” is one of The Smiths's most-praised songs. Known for its pop-friendly guitar riff and Morrissey’s dark lyrics, “This Charming Man” is a first-person narrative that focuses on how sex was treated as quite trivial in the 1980s. Released in 1983, Morrissey admitted that the song was a reflection of his inability to relate to mainstream gay culture. I’m a lyrics girl, so I love the song’s aristocratic diction and complex tone:

The Cars: “Just What I Needed”

How can you listen to this song and not immediately start singing along? Released in 1978, “Just What I Needed” was The Cars's debut single and quickly went on to become a hit. The song balances a heavy rock/pop beat with minimilast lyrics, making for the ideal pop song:

Chaka Khan: "I Feel For You"

Chaka Khan has had plenty of success in her 40+ year career, including being the original mastermind behind the hit "I'm Every Woman", which was later remade by Whitney Houston, but the single she'll probably be best known for is a song that she remade as well -- "I Feel For You", which was originally written and recorded by Prince in 1979 and then turned into an '80s electro-R&B classic by Chaka Khan. Get ready to pop-n-lock to this jam!

Are ya ready for some disco?? Who doesn't love some good old-fashioned funk? Back when disco balls were all the rage, Chic ruled the music scene, and their hit "Le Freak" became a disco anthem. First formed by guitarist Nile Rodgers in 1976, this is Chic's TENTH R&R HOF nomination! I'll bet they will FREAK OUT if they get it this year! (See what I did there?)

Chicago: "Saturday in the Park"

The band Chicago is a classic rock radio mainstay these days, which is only appropriate because they were mainstays on Top 40 radio back in the day and are now considered one of the most successful and best-selling rock groups of all time! Here's a band who likeS to keep things simple -- the memberS not only named their band after the city where they were from, but 20 out of their 24 studio albums are simply the name of their band followed by a number. No fuss, no muss! And with that sort of musical output, there are tons of singles to choose from, but perhaps their most enduring hit (and the one that seems to get the most regular airplay to this day) is their breezy '70s classic "Saturday in the Park". A perfect summer jam!

Time to get bluesy up in here! Guitarist, singer/songwriter, and frontman for Steve Miller Band (obviously), Steve Miller topped the charts in the 1970s with his blues rock anthem (and karaoke staple) "The Joker". If you haven't heard this song yet, press play below, and then immediately head to iTunes to get it on all your hipster playlists!

If you've never heard "La Bamba", or if you insist you've never sung along with it in the car even though you have no idea what the words are, you're lying. EVERYONE loves "La Bamba". Everyone loved it when it was first released in 1958 by Richie Valens, and everyone loved it again when it was covered by Los Lobos in 1987 for a biopic about Richie Valens. The East L.A.-based band had been around for a few years prior, but it was this cover that really put them on the map! Sing it together with me now (or not)...!

Deep Purple: "Smoke On The Water"

U.K. group Deep Purple was one of the first heavy metal bands, back when there really wasn't a word for the genre yet, and once made it into the Guinness Book of World Records for being "the globe's loudest band". If that doesn't get you some rock cred, I dunno what will! Their 1973 hit "Smoke on the Water" features one of THE most recognizable and oft-copied guitar riffs of all time. Forty-some years later, it's still considered amongst the top rock songs ever.

Yes: "Owner of a Lonely Heart"

Another U.K.-based band, Yes started out as a prog-rock group in the late-'60s and 1970s and made the successful transition to the synthpop-heavy 1980s, scoring their first #1 hit with 1983's "Owner of a Lonely Heart", which you can now hear on the Oldies stations because '80s music is considered "oldies" now [*whimpers*]. Yes had more chart success following this song, and they have been steadily releasing new music for the past 45 years. They should get into the HOF just on sheer quantity and endurance!

The Spinners: "I'll Be Around"

Last but not least, we're gonna kick it old school, Motown-style! Formed in the early-1960s, The Spinners emobied the entire Motown movement -- feel-good, finger-snapping, toe-tapping soul! The band finally scored their first Top 10 hit in 1972 with "I'll Be Around", and they never looked back. Numerous Top 40 hits followed, but "I'll Be Around" is the one they will undoubtedly be remembered for!

Like any of what you heard? Then be sure to get to voting!