We've Finally Gone 'Back to the Future': How Accurate Was The Movie? 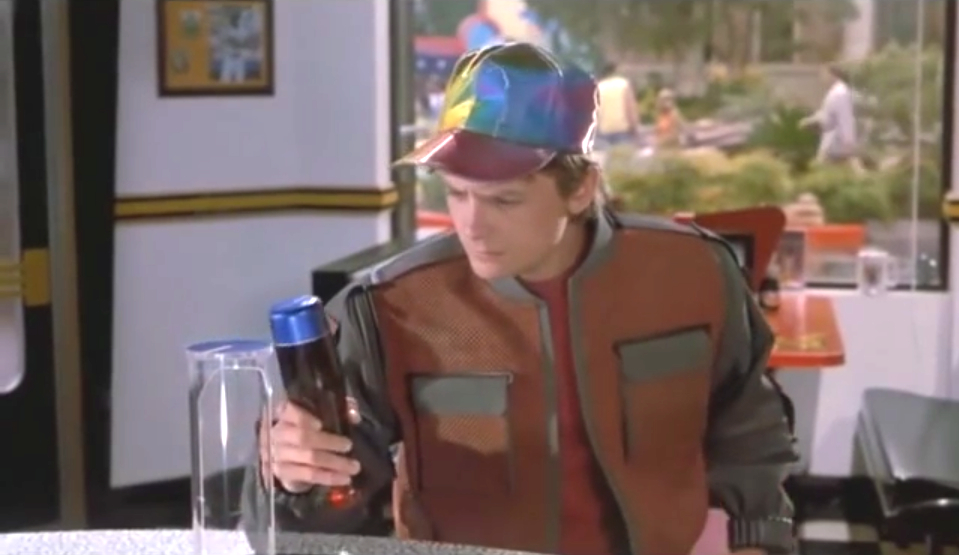 Marty interjected and said, “Wait! Wait! Hold on, Doc. What do you mean--”

“No," Marty interjected. "What do you mean, the Cubs might win the World Series??”

It’s crazy to think that not only is it the 30th anniversary of Back to the Future, but also Wednesday October 21, 2015, marks the day that Marty McFly was taken, along with his girlfriend Jennifer, into the future of 2015 by Doc Brown. What’s even crazier is to think just how much of what we saw of the world in 2015 has come to pass!

We have a wide range of things that happened organically, like personal computer tablets (they didn’t think we’d have smart phones, though), the fact that we love 3D movies, video games that you can play without the use of your hands, and wide-screen, wall-mounted TVs. On the flip side of that is the fact that there are many things we probably wouldn’t have without the influence of the movie.

A good example of something we may not have is the hoverboard, whichHendo is releasing on October 21 just in time for the "deadline". That’s right, hoverboards will finally be a reality by the end of the week. Elsewhere, Pepsi is releasing Pepsi Next, which was seen in the '80s-themed cafe that Marty visits in Back to the Future 2. No word on if the taste will be any different than regular Pepsi, but the bottle is really cool looking. Meanwhile, Nike keeps on saying that they will have the auto-lacing shoes that Marty sports in the movie, and while no word has been put out by Nike for a few months now, I’m still optimistic we’ll be getting them soon. (Tying my shoes is the second-worst part of my day.) Finally, something I don’t believe we would have without Back to the Future 2 are baseball teams in Florida. I’d like to think that when the MLB was approached by somebody begging them for a team or two in Florida, it was all because of a video rental of Back to the Future 2.

Universal Studios, which released all the BTTF movies, even got in the fun, making a fake trailer for Jaws 19, which was featured on a marquee in Back to the Future 2. If you were wondering what Jaws 5 thru 18 were about, Universal has you covered:

Lastly, one prophecy from Back to the Future 2 that I would like to see come true is the Cubs winning the World Series. It’s been over a hundred years since the Cubs took home the championship. (Fun fact: My great-grandfather’s entire life happened since the Cubs won the World Series.) The question is, will this prophecy happen organically, or will the World Series be deliberately rigged to make it come true? Part of the prophecy is already moot since they are not playing Miami, or any Florida team for that matter. But will the Mets throw the series on purpose to let the Cubs get to the World Series? There’s gotta be some Back to the Futurefans on the Mets squad. And then will whomever the Cubs end up playing in the finals throw the series as well? I guess only TIME will tell! (har har!)