The Best Tim Burton Movies To Watch Before Halloween! 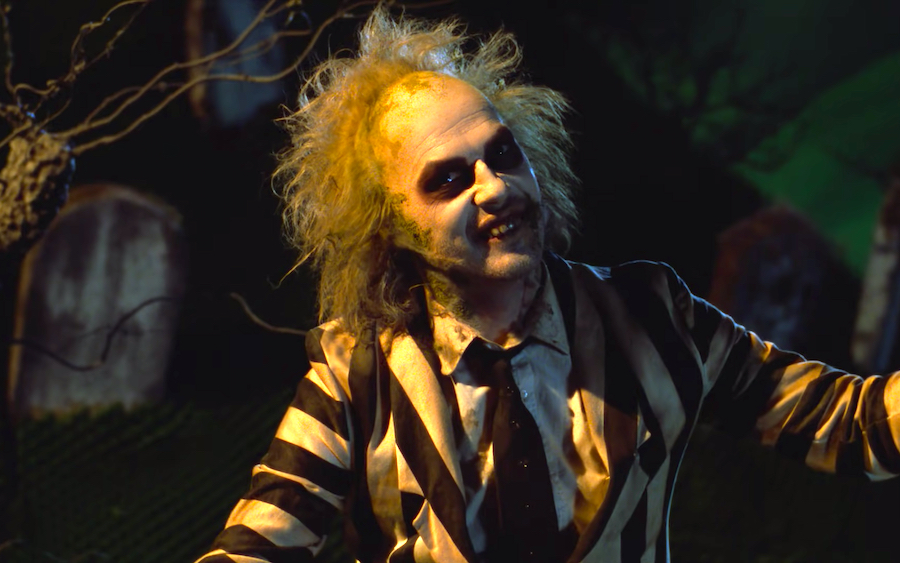 Time flies really fast, and the most mysterious day of the year is just around the corner! Which only means that we have to savor the spooky vibes as much as possible. And what better way to do that than to watch dark movies, especially the ones made by one and only Tim Burton?!

Burton is a true genius when it comes to capturing those moody and creepy vibes. His characters are always unusual and weird (in a good way), his stories interesting, and his style peculiar and distinctive. Tim hasn’t been very active in recent years, though. The last movie he made was Dumbo in 2019. So, imagine the excitement of fans all over the world when we found out about the comeback of the legend with his new TV show “Wednesday”, which tells the new adventures of Wednesday Addams at Nevermore Academy. The show would have been perfect for Halloween, but sadly it is not going to come out until November 23. But while we are waiting for its premiere, we can enjoy some other, older creations of Tim Burton. Here are 7 of his films, that are the most suitable for Halloween!

1. The Nightmare Before Christmas

The animated musical film came out in 1993 and instantly won people’s hearts. In a magical city called Halloween Town, there are many monsters and mystical creatures. Jack Skellington (Danny Elfman), also known as The Pumpkin King, annually organizes the best Halloween parties. However, he soon realizes that he’s missing something from his life and decides to leave Halloween Town to find his true purpose. He discivers that there are other worlds out there, and the one he likes the best is Christmas Town. He decides to bring the Christmas spirit and some kindness to his own world, and that’s when the madness of two holidays colliding begins. Even though many people still can’t decide when is the perfect time to watch this movie -- in October or December?! -- it is undoubtedly a Halloween fave.

The Nightmare Before Christmas is available to stream on Disney+.

This gothic horror film from 1999 is based on Washington Irving’s classic The Legend of Sleepy Hollow. A small village called Sleepy Hollow is terrorized by a mysterious murderer, who decapitates its inhabitants. A police constable named Ichabod Crane (Johnny Depp) is sent to the village to investigate the case and find the murderer. Ichabod doesn’t believe in anything supernatural, so he tries to find the person who’s behind all this madness. The atmosphere of the film is truly amazing, especially if you like old myths and legends. The gloomy sky, the old small village, and the nearby creepy forest constantly covered in fog create the perfect mood for Halloween. Plus, we love the gorgeous vintage costumes of the Georgian era!

Sleepy Hollow is available to rent on Amazon Prime and Apple TV.

When Tim Burton’s movies include Helena Bonham Carter in a lead role, you instantly know that they’re going to be great. The story of the gothic musical takes place in 1846, when a barber named Benjamin Barker (Depp) arrives in London. 15 years earlier, he was falsely accused and exiled to Australia, and now he’s escaped the prison and seeks revenge. He takes the alias “Sweeney Todd”, becomes a barber, and marries Mrs. Lovett (Bonham Carter), who, despite the bad reputation of her pie shop, suddenly starts cooking the most delicious pies in London. Meanwhile, Todd creates the most evil plan for his vendetta. The movie is rich with many great performances and songs that will probably stick in your head for a long while, as well as the gloomy and creepy atmosphere of Victorian London.

Sweeney Todd is available to stream on HBO Max.

If you’re a fan of Mary Shelley’s famous monster and his tragic story, then you’ll definitely like the 2012 animated film inspired by Frankenstein as well. Young Victor Frankenstein (Charlie Tahan) is the most talented kid in his class. Two things he loves the most are science and his dog Sparky. One day, while trying to catch a ball, Sparky falls under a car and dies, which leaves Victor heartbroken. The little genius uses his skills and knowledge to reanimate his dear friend, with the help of electricity and lightning. And now he has the most unique pet in the whole town -- or possibly the whole world! However, things don’t go as planned and the young scientist gets into serious trouble. We must warn you that the bittersweet noir film will undoubtedly make you cry several times, as seeing a kid losing his furry friend is one of the saddest things ever.

Frankenweenie is available to stream on Disney+.

This 2012 film is based on a gothic soap opera from the 1960s of the same name. It tells the story of Barnabas Collins (Depp) who is cursed by a witch to become a vampire. The witch, along with the citizens of the town, bury Barnabas alive, and after spending a couple of centuries locked in a coffin, he “wakes up” in 1972 to a whole different world. It’s a mystery film mixed with comedy and is perfect for those who are too scared for a true horror but still fancies a dark and spooky movie. The cast of the movie is absolutely incredible, involving lots of great actors and actresses including Michelle Pfeiffer, Helena Bonham Carter, Eva Green, Christopher Lee, Chloe Grace Moretz, and more.

Dark Shadows is available to stream on Hulu.

When a young man called Victor (Depp) rehearses his wedding oath in a dark forest, he places the ring on an upturned root -- which turns out to be the finger of a corpse named Emily (Bonham Carter)! Now Victor’s life has completely changed, as he’s married to a dead woman who doesn’t want to let him go, despite the fact that his heart belongs to his fiancée. This sad yet beautiful story will make you feel sorry for everyone involved in this weird love triangle. The animated film is accompanied by the most melancholic songs and piano melodies, which fit the storyline perfectly, showing the true emotions of the characters. P.S. Not only is this movie a favorite to watch for Halloween but it's also a favorite for Halloween costumes!

Corpse Bride is available to stream on HBO Max and fuboTV.

Beetlejuice was Burton’s first full-length film, which instantly brought him fame. The 1988 fantasy comedy tells a story of a married couple, Barbara (Geena Davis) and Adam (Alec Baldwin), who die in a car accident and become ghosts. Their house is sold to a new family, and now the newbie ghosts have to try to scare them away. They contact Beetlejuice (Michael Keaton), an unpleasant bio-exorcist, and ask for help. The dark comedy-horror manages to both scare and make us laugh at the same time. In the film, we get to find out more about the ghosts and see the Other Side in a very different way, with bureaucracy, laws, and case workers. If you haven’t had the chance to watch this masterpiece yet, then what are you waiting for? The movie is a classic Halloween film, just like The Addams Family.

Beetlejuice is available to stream on HBO Max.

Which Tim Burton movie is your favorite?