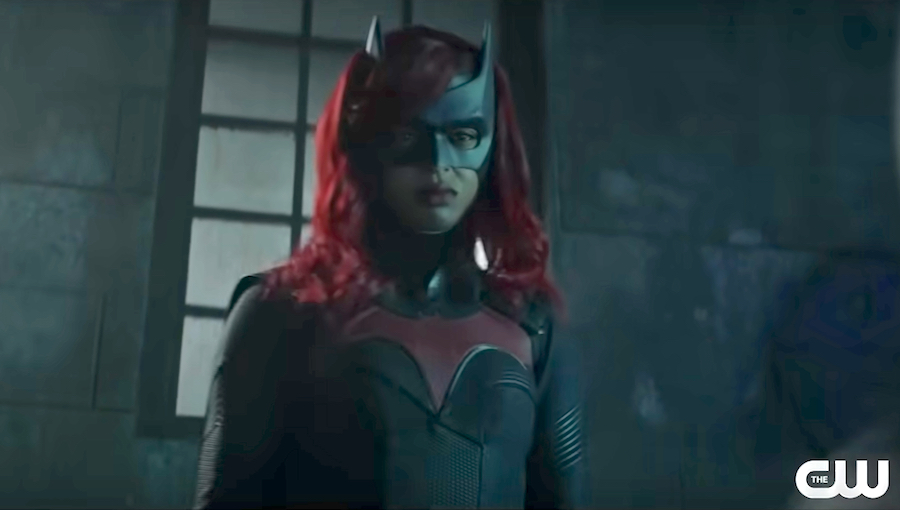 The CW's "Batwoman" takes place in a Gotham City that hasn’t seen Batman in years, attributing to the rise of Batwoman – AKA Kate Kane.Ruby Rose played the main character in the first season but stepped down for the second season due to a recurring back injury. In her place, Wallis Day has been cast as Kate Kane, but there is another actress, Javicia Leslie, who’s been cast as Batwoman for the second season – so wait, who’s who? Are there two Batwomen??

Batwoman in this series has been played by two women as its second season is airing – Kate Kane, and now Ryan Wilder (played by Leslie). Ryan Wilder is the main Batwoman now in the series, which had previously been Kane. So why the change, and how does this fit into the story line? And where does Wallis Day come in to replace Ruby Rose as Kate Kane?

Kate Kane in Season 1, played by Ruby Rose, is passionate about social justice and takes it upon herself to defend the city of Gotham when Batman has been missing for years. In the second season, however, the plane that Kate is on crashes, and her body is nowhere to be found. But clearly, this isn’t the end of Batwoman.

Ryan Wilder, played by Leslie, finds the Batsuit, and replaces Kate Kane as Batwoman during her disappearance (and presumed death). Leslie steps into the role of Batwoman for Season 2, giving the show new life and new character as a different Batwoman – also known as “Batwoman 2.0.” Wilder is partly using the Batsuit and her new alias to go after Alice/Beth Kane (Kate Kane’s twin sister) and get to the people who killed her adoptive mom, Cora Lewis, but the Batsuit carries a weight heavier than just her agenda.

A lot of the characters play double-roles and evolve as the show goes on, but don’t let it get your brain in a twist. Now that Ruby Rose has stepped down as Kate Kane, Wallis Day has been cast as her replacement as a recurring character with an altered appearance who survives the plane crash. Although Kane was the original Batwoman, the role has now been taken over in the second season by Ryan Wilder. Day’s Kate Kane is still present in the series, but more as a recurring character than Rose’s Kate Kane was as Batwoman in the first season. Make sense?

You can watch "Batwoman" on The CW, Hulu, or HBO Max for all of the twists and turns that Gotham City has to offer!