The 3 Most Popular Time Travel Theories (According to Hollywood) 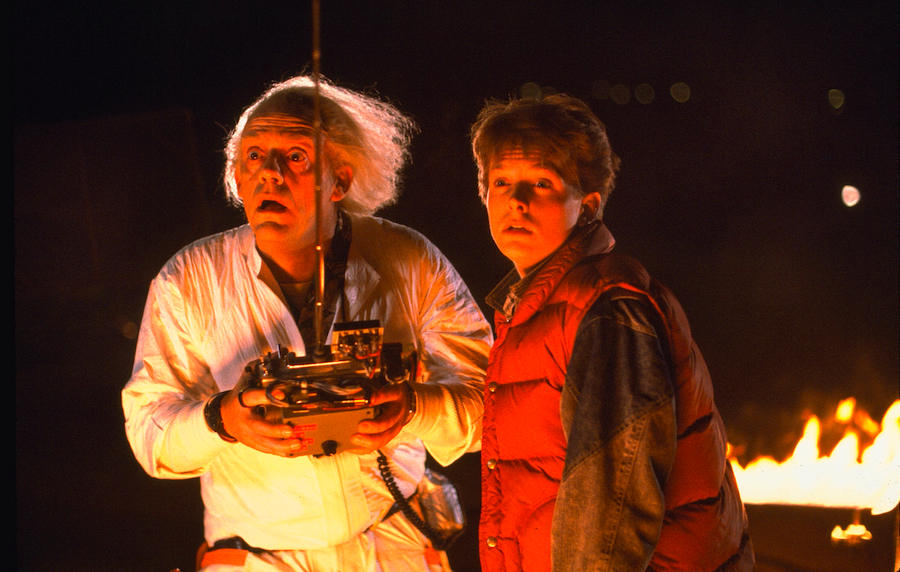 With the release of Star Trek Beyond, Hollywood has continued to address the theory of alternate universes introduced in J. J. Abrams’s 2009 Star Trek.

After watching the third installment of the Star Trek reboot, I had to jog my memory from the confusion I faced about having two different Spocks being aware of each other. Throughout my research, my interest and confusion with time travel grew, and now here we are.

Time traveling has been an integral subplot of numerous films, television shows, and books. And if you think time traveling is simple, you are quite wrong, my friend, as rules of time traveling can be hard to keep up with as the various theories remain just that -- mere theories. But through the medium of storytelling in film and television, creativity and science come together to explain the nuances of time traveling. Oh, but where to begin...??

I’m here to attempt to try to explain the three types of time traveling theories through movies and television.

Let’s begin with the one associated with Star Trek, as that was the inspiration for this time traveling clarification that I needed.

This theory suggests that every choice or decision any one person makes creates its own universe and timelines that coexist. Think of a tree branch with one starting point of the tree and it breaks out into more branches. Now take this theory and apply it to a web, because there are both infinite and finite alternative universes and realities. The tricky part is, how do you know that other realities or universes exist? To prove this, there must be a link between the realities.

In Star Trek (2009), the film begins with an attack on the USS Kelvin where the beloved First Officer-turned-Captain George Kirk is destroyed with his ship. The attack was the result of a Romulan ship that was engulfed by a black hole shooting them into the past and creating an alternate universe. The ship was followed by the film’s future Spock explaining the black hole and how he and the Romunlan ship traveled through, while the movie’s current Spock is oblivious to the ongoings. Future Spock going through the black hole became the link between the universes.

Another example of this is the Marvel and DC Multiverses. Have you ever wondered why one Spider-Man (Tobey Maguire) loves Mary Jane but another (Andrew Garfield) loves Gwen Stacy? The multiverse is Marvel’s way of explaining why this totally makes sense and two Spider-Mans can coexist. Comic books between both DC and Marvel have used this theory to generate more storylines and character developments within a particular character. They have even gone into detail about how these universes cross in various comic books. One link that the comics have featured is The Flash and his power of super speed. This power allows him to tune into a different universe’s frequency thereby being able to travel to what the DC comics refer to as "Earth 1" and "Earth 2", each with its own set of superheroes slightly different from their main counterparts.

Those sneaky comic book writers, getting science on their side!

2. The Past, Present, and Future are Pre-Determined

Probably one of my favorite explanations of time is this theory that explains one cannot change the past, present, or future, because everything is fixed and pre-determined. So, any traveling through time was already meant to be and caused the events to occur in the present and future. One of the best explanations occurred in "LOST".

This rule also applies to the movie The Terminator (1984). The movie begins with a cyborg sent to kill Sarah Conner to prevent her from giving birth to the leader of the rebellion against the machines in the future. But along with the Terminator, Kyle Reese is also sent back in time to save Sarah Conner. After battles and action, the film ends with a pregnant Sarah Conner recording audio tapes for her future son, John Conner, whose father is -- you guessed it -- Kyle Reese. This timeline shows a loop and reinforces the idea of a fixed universe.

Similarly, in 12 Monkeys (1996), James Cole is send back in time to gather information about a deadly virus that wipes out almost all of the human population. The virus seems to be released by an unknown group called the Army of the Tweleve Monkeys. After running, fighting, and spending some time at a mental institution, Cole finds himself not wanting to return to his own time and is actually shot by the police in a race to stop the actual start of the plague. Cole dies at the airport where his death is witnessed by a young WHO, you may ask? A young James Cole, everyone. Oh, the irony. No matter what happens, everything that happened will happen.

This last theory is one of the most common and unpredictable types of storylines in films. This is essentially the “butterfly effect”, where the smallest change in the past, like the flapping of a butterfly's wings, can ultimately change the events that lead up to the present and future and altering the course of your reality.  A perfect example of this is the movie called A Sound of Thunder (2005). In the film, a company supports a time travel adventure where customers can “hunt for dinosaurs” and get a small glimpse of the past, but in one trip back in time, one of the members of the group kills a butterfly, which alters the evolution of man and returns the group to a present being altered in waves degenerating civilization back to adapted animal creatures.

And one even more famous film that follows this theory is Back to Future. In the film, Marty McFly travels back in time to 1985 when his parents meet for the first time. He accidently saves his teenage dad from being bullied and finds his teenage mother who is now infatuated with him. His scientist friend Doc Brown explains that this change could have caused changes in the future and that he may have prevented his parents from falling in love, thereby erasing Marty from existence. This theory creates great storylines and plots that propel the story and become wildly unpredictable as one change can affect more than one thing.

Whether it is magic, science, or technology that enables people to time travel, one thing is for sure -- time is not to be messed with! Unless you believe in the fixed theory, in which case, it doesn’t matter.

Which theory do you support? Which one makes the most sense? Do you have your own theory on time travel? Let us know!