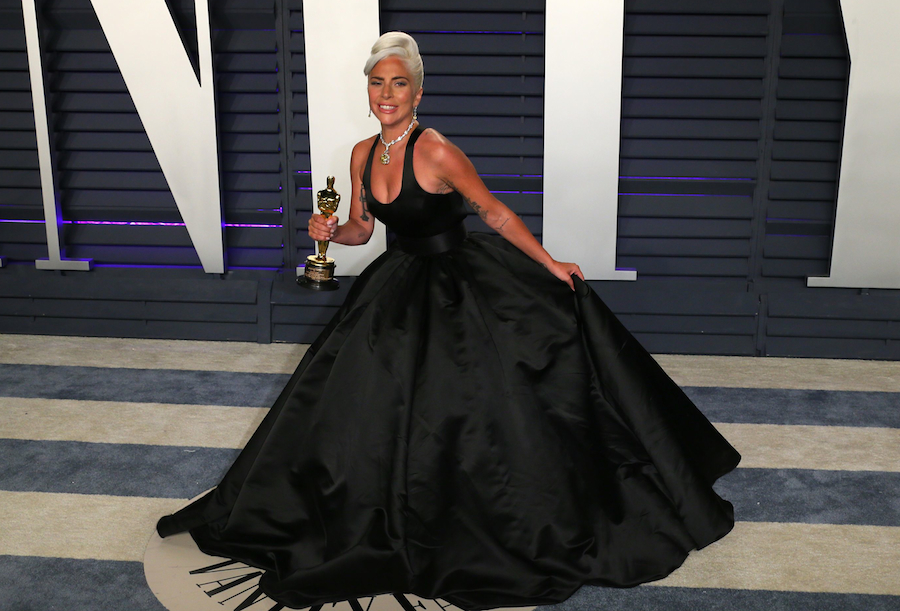 This year's Academy Awards strayed away from the traditions, from having no hosts to a big diversity of winners. But of course, the tradition of glamorous dresses was prevalent amongst the sophisticated night. Sparkles, pink, metallic, and showstoppers ran the evening. From Versace to Louis Vuitton, everyone was dressed to the nines ready to watch beautiful performances and cheer for their favorite nominees. Here is a roundup of some of the most stunning looks!
Lady Gaga
Mother Monster channelledAudrey Hepburn not only with her voluptuous bun and svelte Alexander McQueen black gown but also with THE Tiffany Diamond. The last person to wear the diamond was Audrey Hepburn herself in the 1961 publicity photos forBreakfast at Tiffany's. 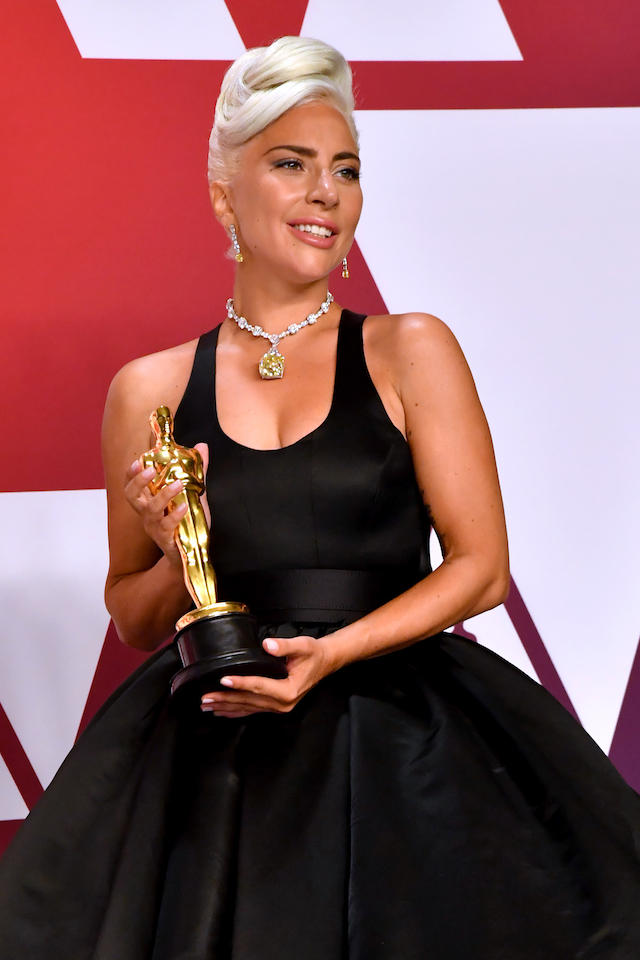 Gemma Chan
A sea of pink swarmed the red carpet and every one of them looked dazzling in their gowns. The Crazy Rich Asians actress paraded a high-neck fuchsia silky gown with luscious frills from Valentino's most recent Couture collection. 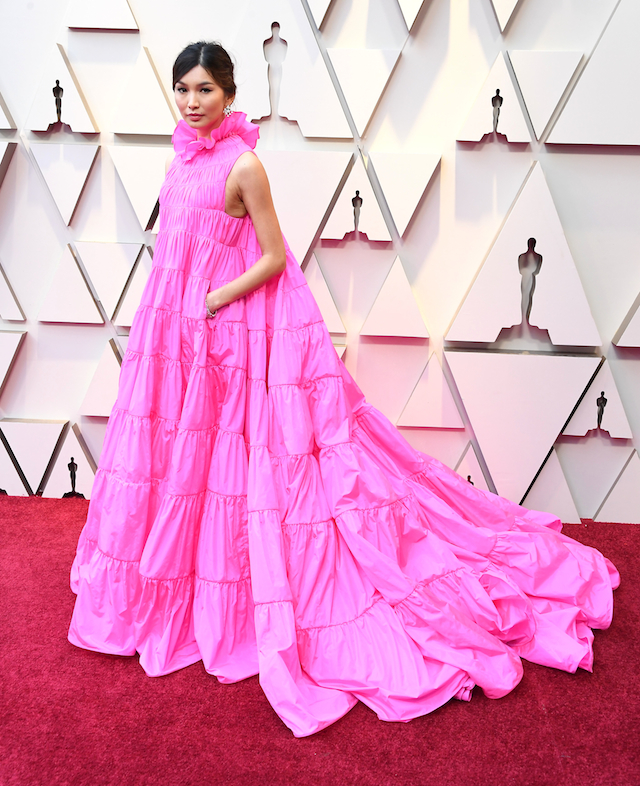 (© Steve Granitz/WireImage/Getty Images)
Tessa Thompson
The star of the upcoming Men In Black reboot sported a glamourous frilly Chanel gown with gold beads, looking fabulous on the carpet and while presenting. 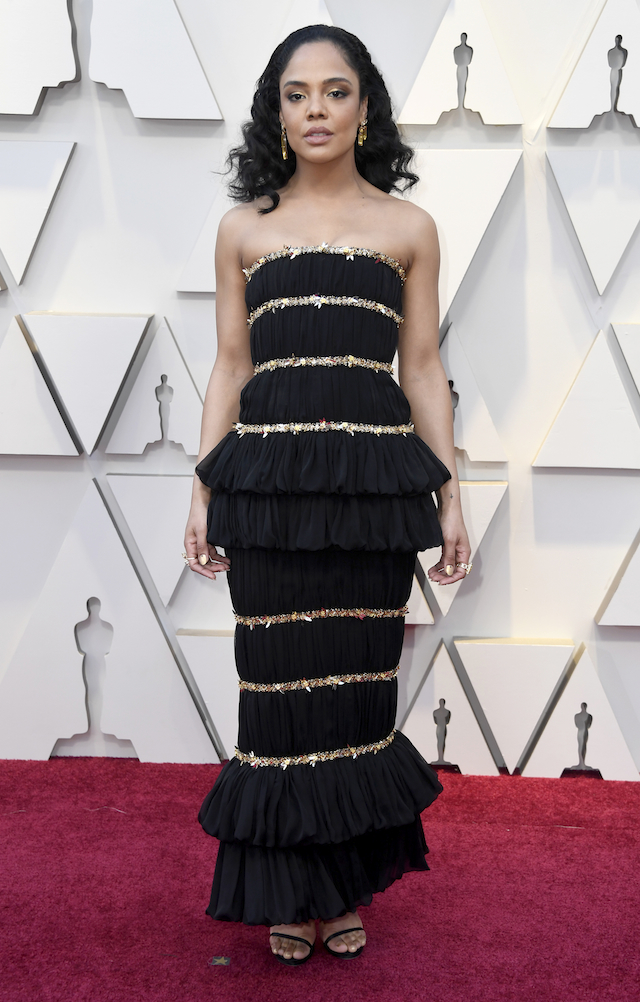 (© Frazer Harrison/Getty Images)
Billy Porter
The Best Dressed List isn't just for the ladies anymore; boring old tuxedos are a thing of the past thanks to fellas like Billy Porter! The "Pose" star stole the spotlight from everyone with this gender-fluid look by Christian Siriano, combining a traditional tux jacket with a flowing ballgown skirt. Such a statement. 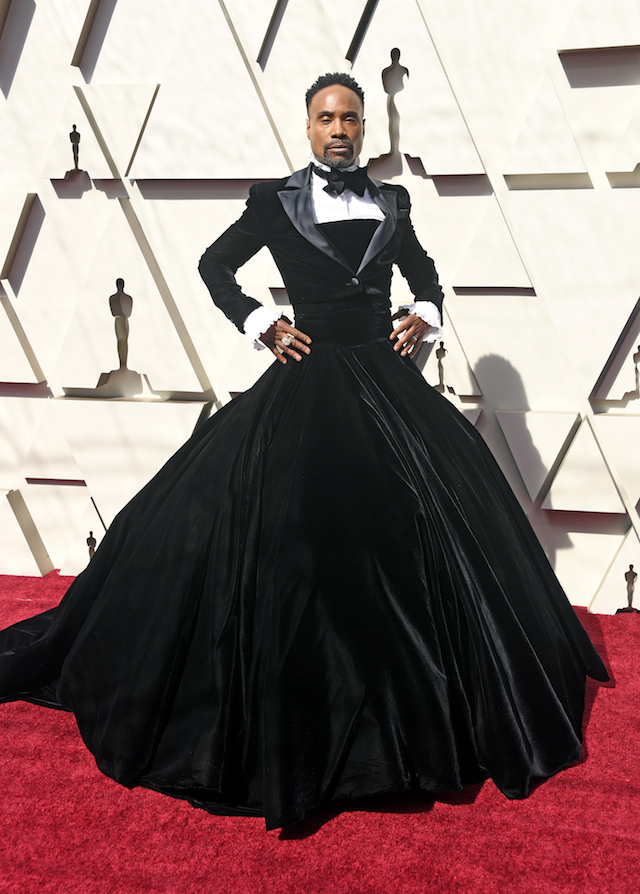 (© Frazer Harrison/Getty Images)
Regina King
A peep of white on the carpet did not disappoint. This elegant gown was designed by Oscar de la Renta. She strolled the carpet like a bride; showstopping and absolutely gorgeous. And peep those gams! 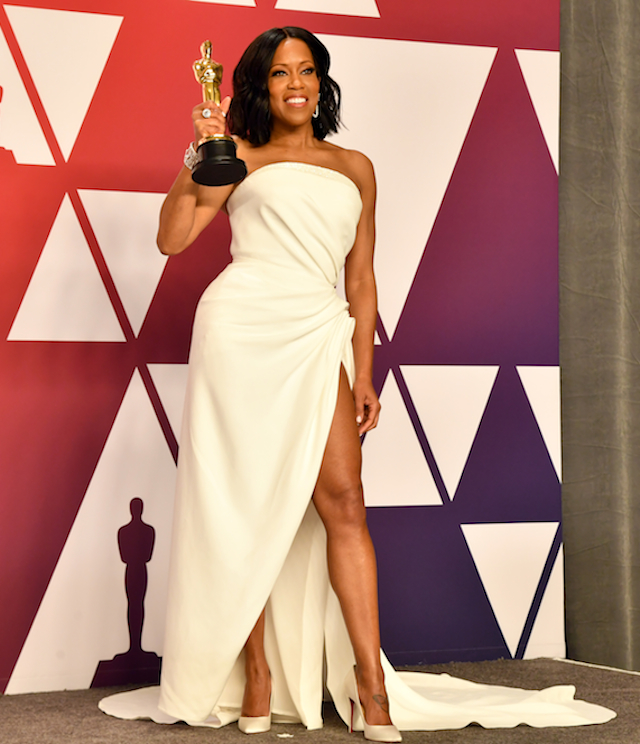 (© Jeff Kravitz/FilmMagic/Getty Images)
Jennifer Lopez
Obviously, J.Lo knew what she was doing and showed up with this super fun disco party metallic gown by Tom Ford. She brought the life of the party to the carpet. 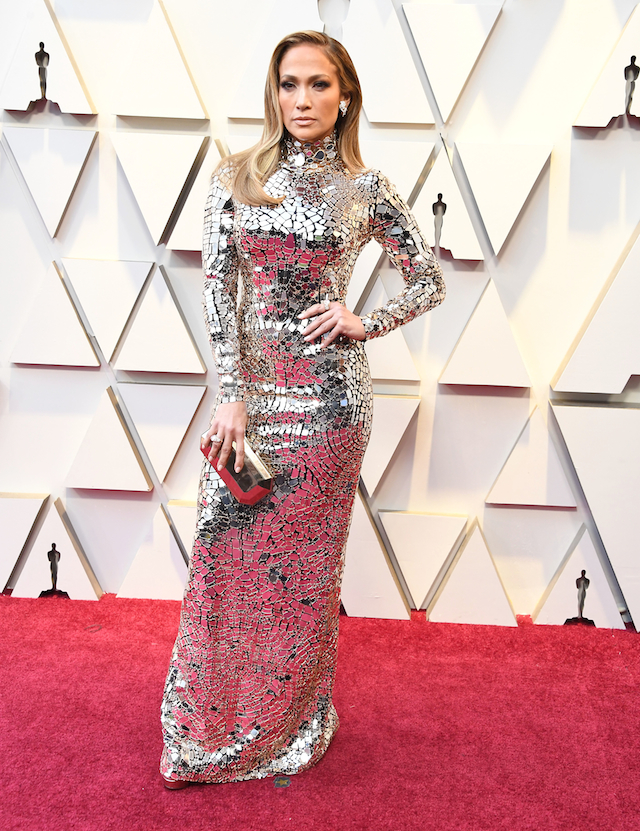 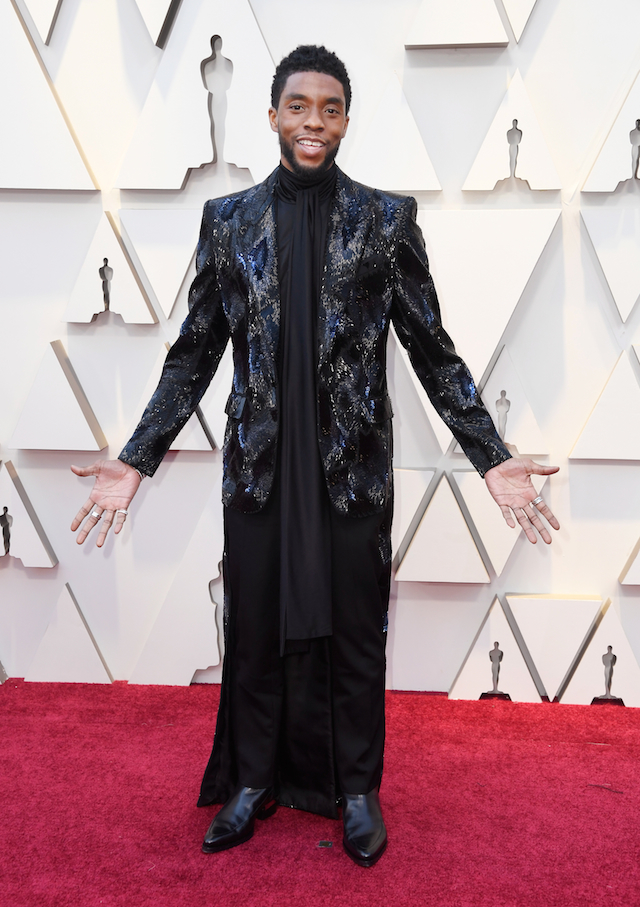 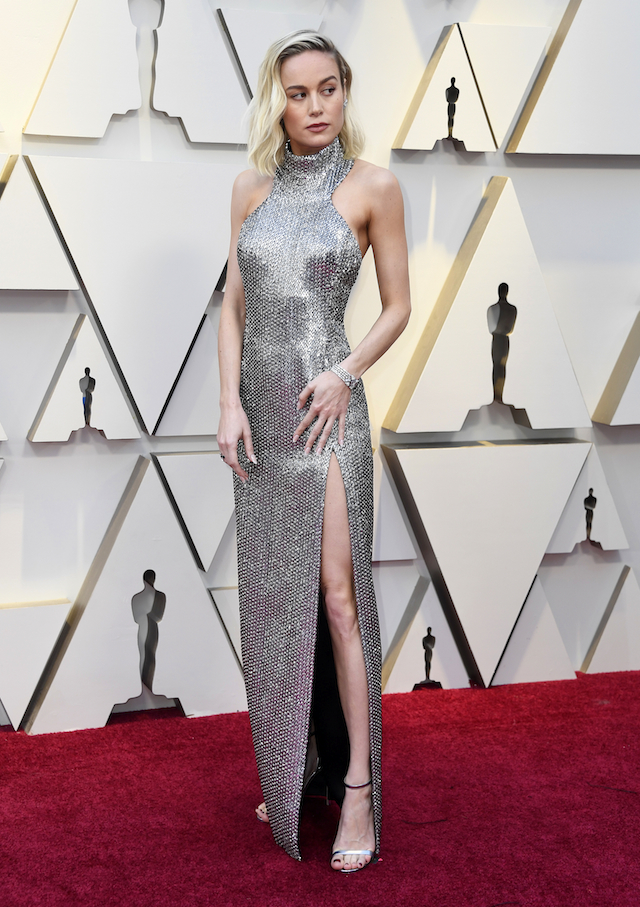 (© Frazer Harrison/Getty Images)
Chris Evans
Whatever this hunk wears will look amazing buthere we see a modern-day Prince Charming and real-life Captain America in a teal blue velour Salvatore Ferragamo tuxedo, stepping up the plain tux in the best way. 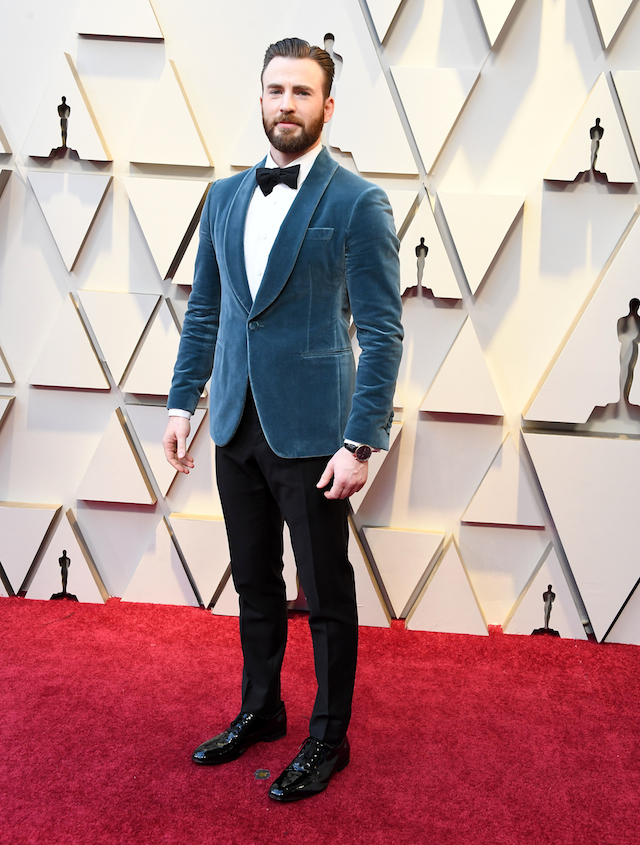 (© Steve Granitz/WireImage/Getty Images)
Emma Stone
The Best Supporting Actress nominee arrived in style with a strong-shoulder gold custom Louis Vuitton gown covered in jewelled embellishments. To be honest we were surprised we didn't see this on Emilia Clarke, as this is serving serious Mother of Dragons Couture realness! 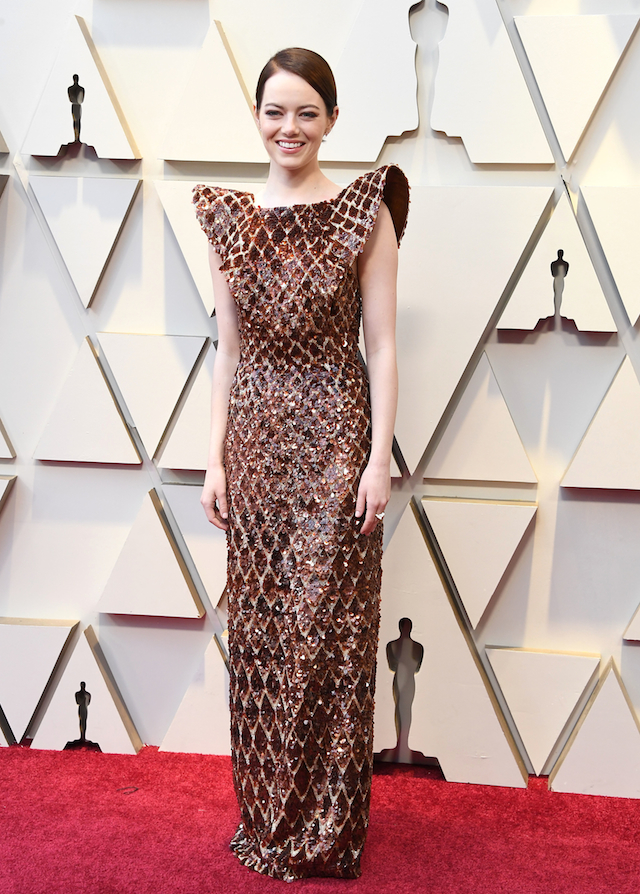 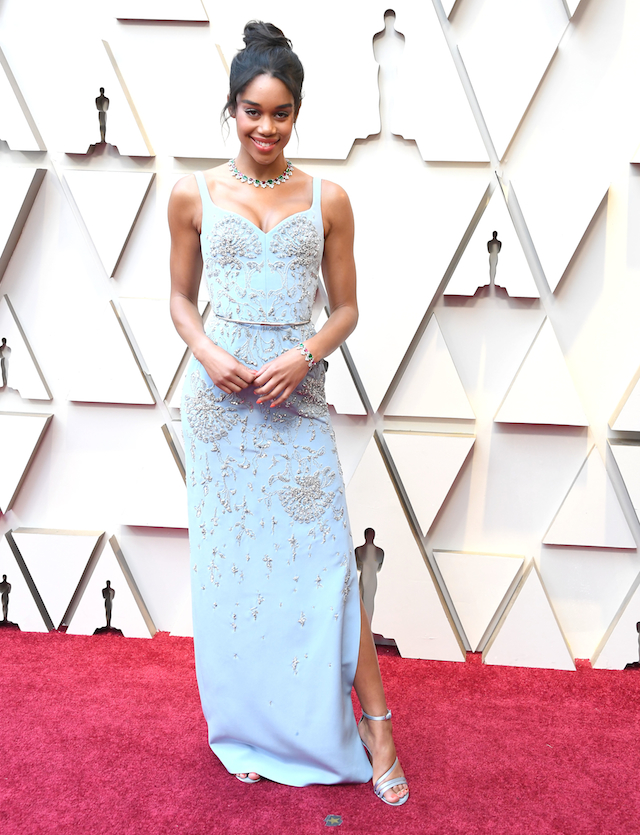 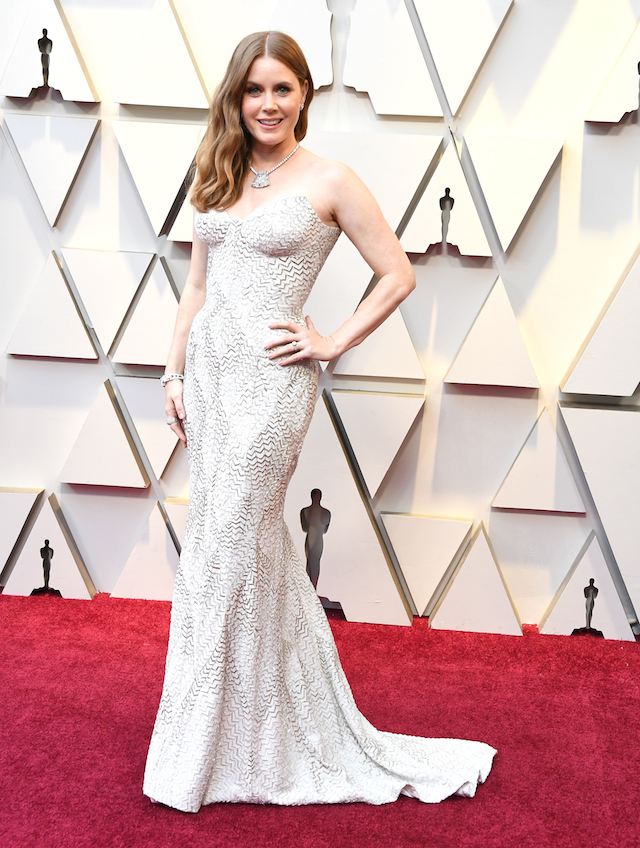 (© Steve Granitz/WireImage/Getty Images)
Glenn Close
Close shined like a glistening Oscar trophy herself with her gold gown designed by Carolina Herrera featuring a heroine-like cape. Her star-worthy qualities made her that much more dazzling. 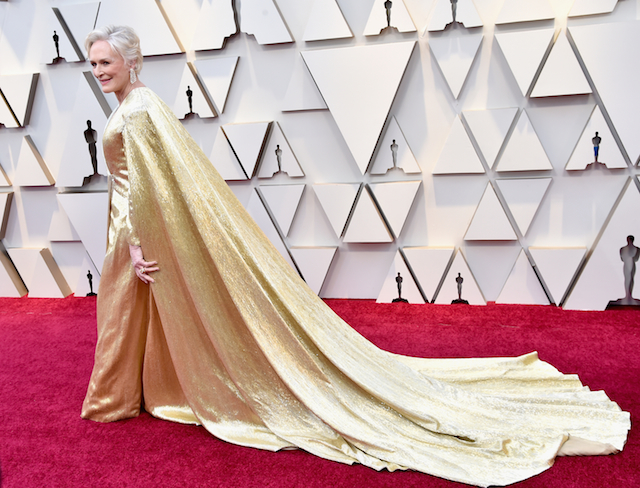 (© Jeff Kravitz/FilmMagic/Getty Images)
Henry Golding
Paging "Downton Abbey"! TheCrazy Rich Asians heartthrob took traditional into the realm of classic, looking like a perfect dapper gentleman about to have dinner on the Titanic in his Ralph Lauren tux complete with watch fob. 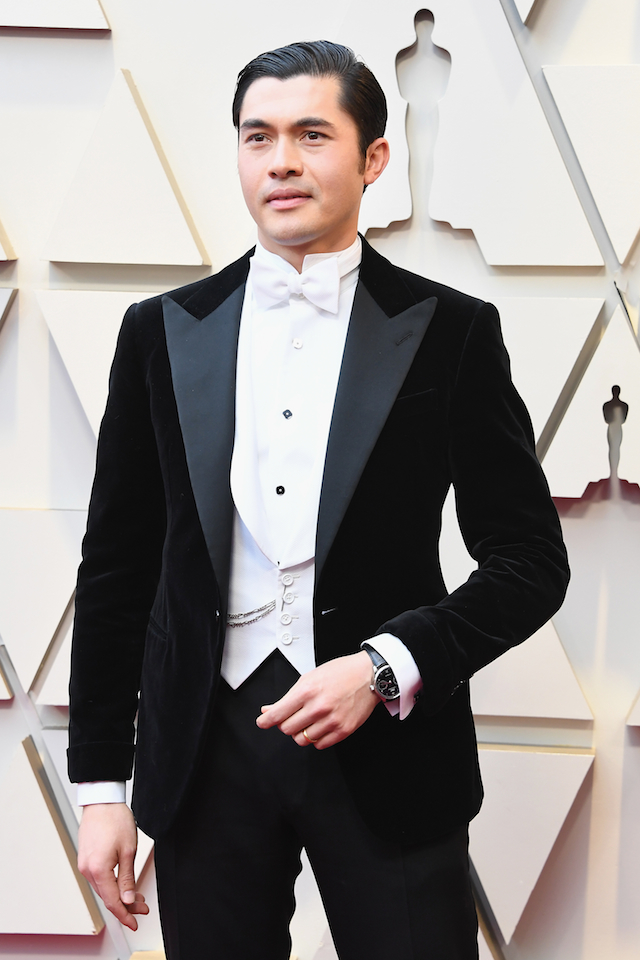 (© Steve Granitz/WireImage/Getty Images)
Nicholas Hoult
The Favourite actor rocks what almost appears to be the tuxedo version of a wrap dress. The unusual look by Kim Jones is actually inspired by a Dior design from the 1950s. What's old is new again, and we're loving it! 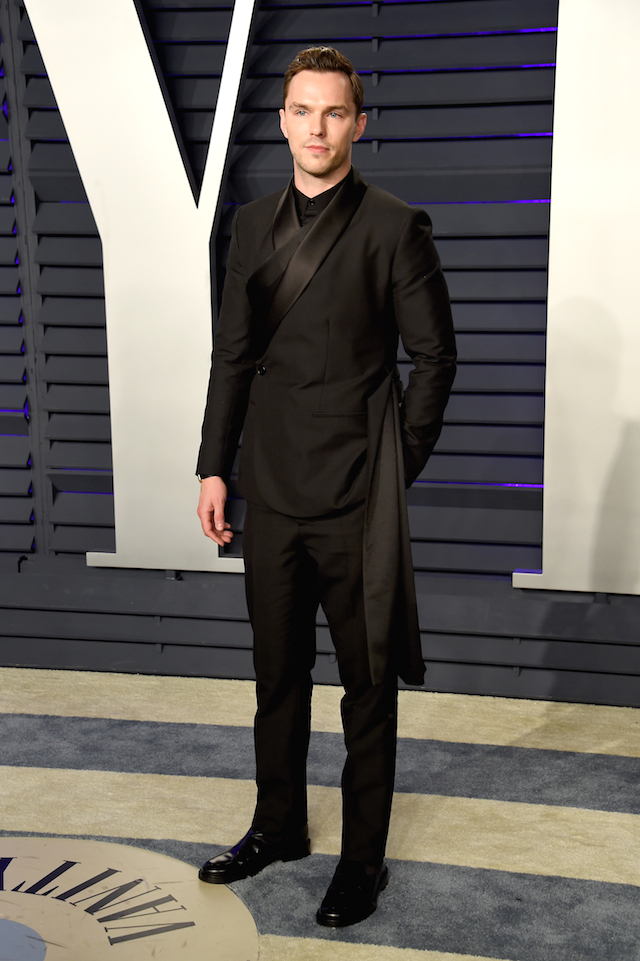