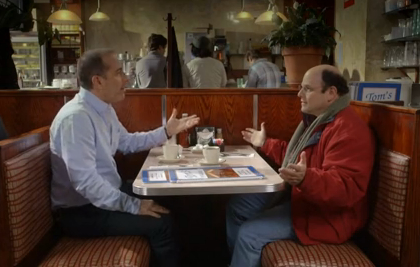 At some point during last night’s Super Bowl game – pretty early on, in fact – the outcome became perfectly clear, and the only thing keeping you from flipping the channel over to the Puppy Bowl was to see the Half-time Show and, of course, the ads.

If you were like me and avoided all the early-leaked ads floating around on social media for the past couple weeks, then you stuck around for the commercial breaks last night to see what kind of craziness everyone would be talking about the next morning (or right that very second, live-Tweeting being as obligatory as it is these days). Car ads, movie trailers, snacks spots, tech products, and more were all represented. But my favorite was the Radio Shack ad, which acknowledged the company’s rather delayed journey to the 21st century by featuring a mob of ‘80s pop culture icons (Hulk Hogan, ALF, Mary Lou Retton, and even the California Raisins) stampeding the store and making off with their out-of-date wares, in favor of a more up-to-date selection. Well played, RS.

But if you actually used the commercial breaks last night to go pee or put that last batch of nachos in the oven, then here’s a comprehensive rundown of what you might have missed, from a woman quitting her job via puppet and Oscar nominee Quvenzhané Wallishyping a $60,000 car to a multi-part tease of the upcoming “24” miniseries!