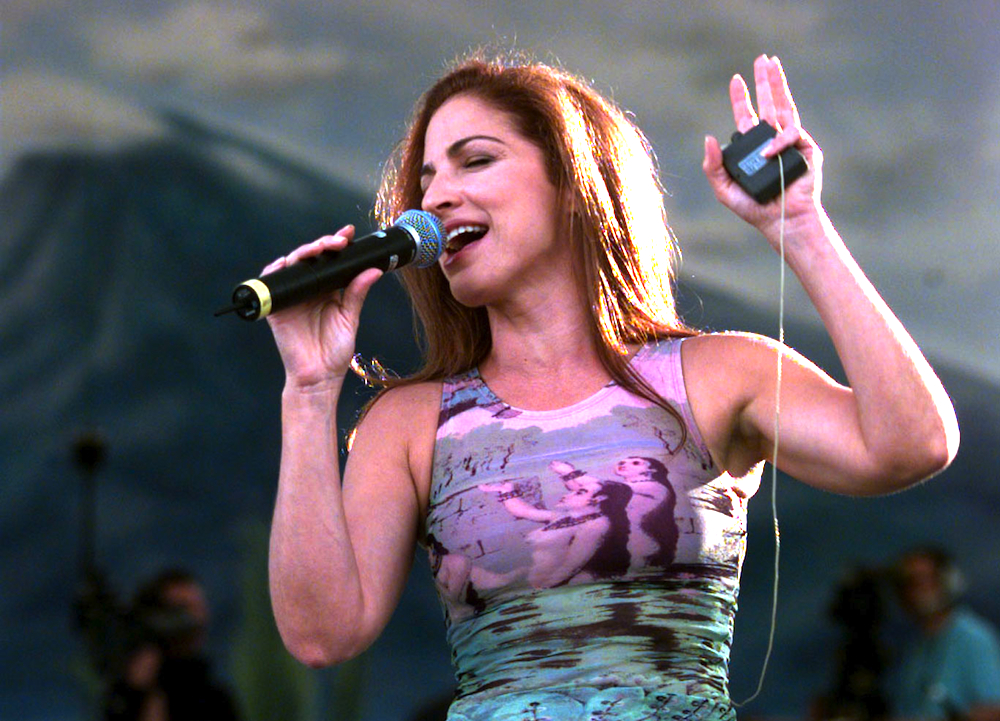 Latin diva Gloria Estefan has been spreading the fierceness for an alarmingly long period of time. From her days fronting the Miami Sound Machine and bringing Latin music into the mainstream with her dance-infused Caribbean pop flavor, to becoming a superstar solo act while continuing to stay true to her roots (not to mention collecting a healthy armful of Grammys), Señora Estefan is still, at the age of 58, the undisputed Queen of Latin Pop.

Going through her canon while researching this article, I was amazed to be reminded just how infused with my entire childhood her music is. From her breakout hit “Conga” in 1985 (which seemed to be the theme song of every film from that year that had a scene that took place on a beach), to her white-hot cover of “Turn the Beat Around” a decade later, Estefan has been a firm fixture on American radio (and film soundtracks). Let’s take a look at some of her biggest past successes!

“Bad Boy” (1985) from Miami Sound Machine’s second English-language album, Primitive Love. The song found popularity around the same time as the musical Cats, so, naturally, the music video had to combine them! (Film tie-in: opening scene of Three Men and a Little Baby)
“Rhythm Is Gonna Get You” (1987) – A great example of GE & TMSM’s flair for mixing traditional Latin flavor into a hot dance-pop tune. It doesn’t hurt that Gloria gets all nice and tribal in the music video… (Film tie-in: featured in 1988’s Stakeout)
"1-2-3" (1988) - A trusty concert/b-roll footage vid. As for the song itself, it quite simply reminds me off carefree summers in Florida in my youth, splashing around water parks, reading Archies comics, and lots and lots of neon. Seriously, if neon colors had a sound, it would be this song.
“Coming Out of the Dark” (1991) – Gloria’s brief foray into Christian pop, this was her comeback single after suffering a devastating injury to her back in a bus accident the year before. I remember the news reports following her recovery and the speculation that she may never walk again. Well, she not only did that, she got right back on her feet and continued touring just 10 months later. When this single hit radio stations in January of 1990, you didn’t need to be a rocket scientist to figure out the inspiration for it…
“Live for Loving You” (1991) – For some reason, this video captivated me whenever it came on TV; I think it must have been the numerous wardrobe and wig changes, because the special effects aren't exactly blowing one's hair back… Still, though, it’s a cute song and puts Gloria back into her milieu of fun, tropical fare.
“Turn the Beat Around” (1994) – Glor killed this cover of Vicki Sue Robinson’s 1976 classic. Leave it to Gloria Estefan to take a song popular on the disco dance floor and perfectly revitalize it for the mid-‘90s audiences without sounding cheesy. The video is quite cunning in its design – yes, all those shadows and saturated blacks look nice, but they're covering for the fact that Gloria was 7 months pregnant when it was shot. (Film tie-in: featured on the soundtrack for The Specialist)
(Photo via Alessandro Fiocchi/WENN)
- Katie Marzullo, YH Staff Editor
[email protected]