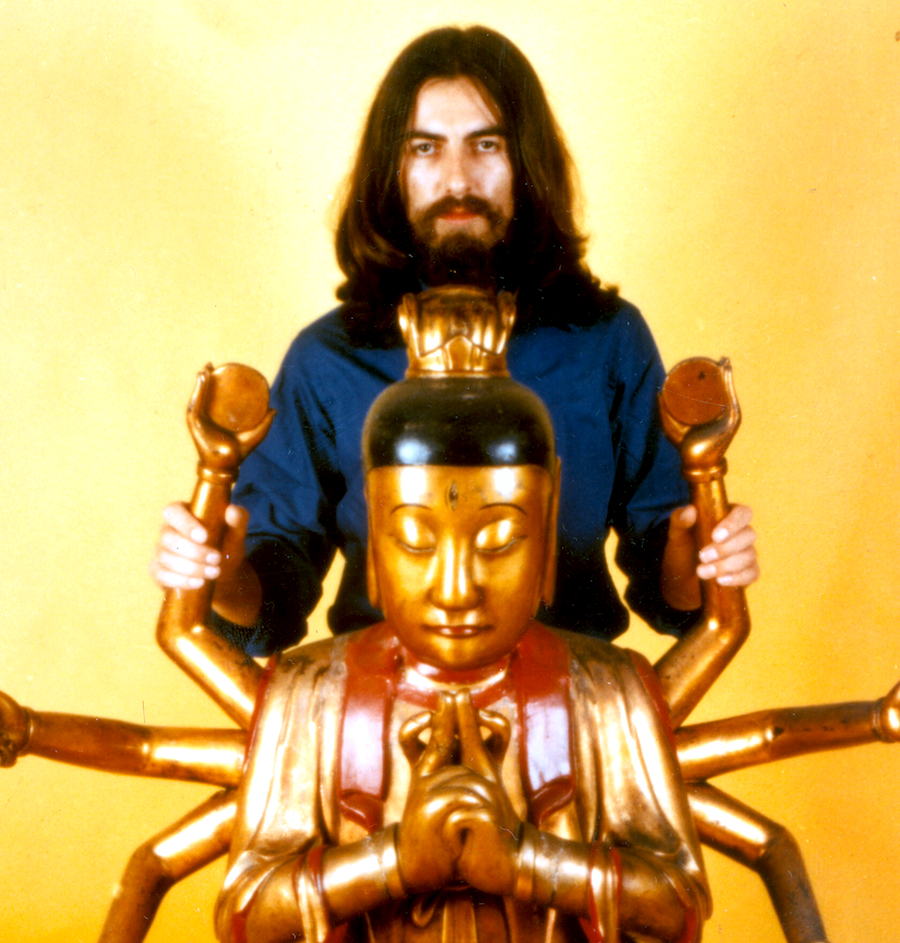 It’s hard to believe that half The Beatles are no longer with us, and George especially – as “The Quiet One”, we always assumed he would be hanging around until a ripe old age.
But like his Beatles compadres, George continued to make music up until the very end. When the band broke up in 1970, it was reasonable to wonder if these four lads from England – their musical talents creating magic when combined – could strike the same gold on their own. Indeed, all four fellows proved that their talents were legit and created uber-successful solo careers for themselves... yes, even Ringo!
George was certainly no different. Altogether, George turned out an incredible EIGHTEEN albums post-Beatles! He even formed a supergroup in the late-‘80s called The Traveling Wilburys, consisting of himself, Bob Dylan, Jeff Lynne, Roy Orbison, and Tom Petty.
All this work yielded two #1 albums and six Top Ten singles. In 1995-96, all four Beatles reunited for their first new singles in over 20 years – yes, you read that right; all FOUR Beatles. George, Paul, and Ringo discovered some old demos of John’s entitled “Free as a Bird” and “Real Love”, so they cleaned them up, added some of their own vocals, and voilà! The Fab Four together once again!
But I digress. Today is all about Mr. Harrison! As expected of a former member of one of the biggest and most game-changing musical acts of all time, George continued to crank out some great tunes on his own. We got hints of his songwriting acumen while he was still with the band, notably tracks like “Taxman”, “While My Guitar Gently Weeps”, “Here Comes the Sun”, and “Something.” In fact, many of his solo efforts either referred to or were direct lyrical continuations of some of his songs from his days with the Beatles.
Below, please to enjoy some of George Harrison’s greatest solo singles/music videos, including possibly his most successful one, “Got My Mind Set On You” (crazy video!). Also, check out “When We Was Fab”, an obvious ode to his whirlwind experiences with the Beatles; and “All Those Years Ago”, a tribute to his fallen friend and bandmate, John Lennon. Enjoy! We miss you, George!
BONUS: Check out George's son and doppelganger, Dhani Harrison, KILLING a version of his dad's hit "Let It Down" live!
(Photo via WENN)
- Katie Marzullo, YH Staff Editor
[email protected]