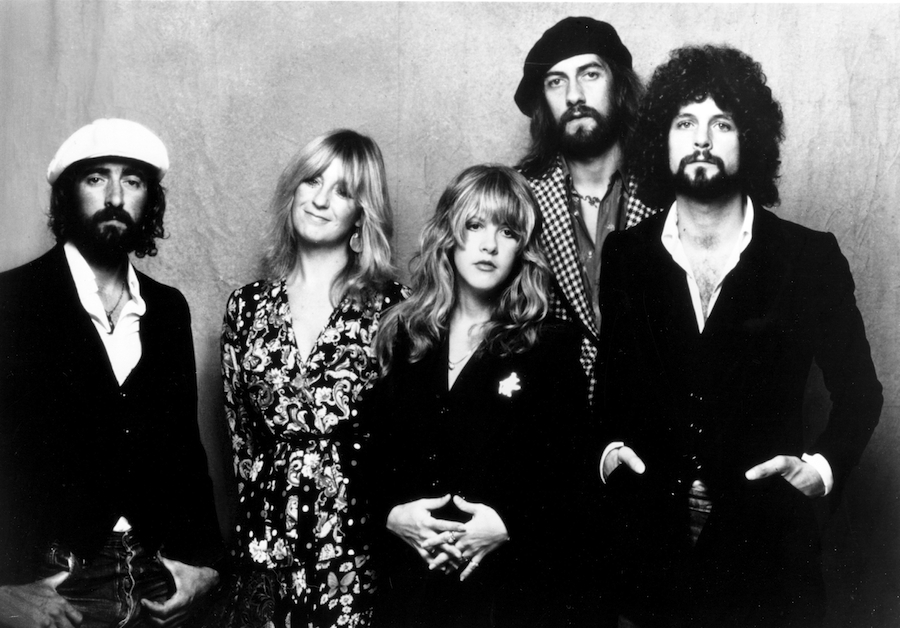 Recently, we were all hit by the devastating-but-by-no-means-unprecedented news that Lindsey Buckingham is leavingFleetwood Mac. But if we know this band, we've all been here before...
The fact that there’s never been a biopic made about Fleetwood Mac boggles the mind; their story is possibly the greatest musical soap opera in history.
Let’s face it: Few things are quite as cathartic (or awkward) as playing world-class guitar while your ex-girlfriend stands three feet away belting out a song about how much she wants to kick you in the face to a sold-out arena of fans. Seriously, Hollywood screenwriters – you need to get on this!
No doubt the most enduringly well-known member of the ‘Mac is Stevie Nicks, who has proven herself a successful solo artist over the years, but she had a pretty solid team around her to make up the magic of Fleetwood Mac. For those who think that Lindsey Buckingham is no more than a funny running joke on theSNL skit“What Up With That?”, you might be surprised to know that Mr. Buckingham is one of the shreddingest guitar players on the planet. Seriously, his fingers are made of steel or something! Rounding out the classic band line-up was the slightly Amazonian and very British vocalist and keyboardistChristineMcVie, her husband at the time and bass playerJohn McVie (where the “Mac” comes from), and drummerMick Fleetwood.
After the release of their first album together in 1975, pretty much everyone’s relationship fell apart – Stevie and Lindsey broke up, John and Christine ended their marriage, and even Mick was going through a divorce. But nobody wanted to bust up the band, so what better way to deal with the tension and turmoil than to write amazing songs about their collective misery? Thus spawned the classic 1977 album, Rumours, which is still widely considered not only their best work but one of the greatest albums of all time. It’s hard to disagree with such superlatives. If the success of artists such as Eminem,Adele, and Taylor Swift are any indication, personal strife can be the best inspiration for masterpieces.
The band has broken up and gotten together more than the members have with each other (the less said about Stevie’s affair with Mick, the better), and, as we have seen in recent years, they still hook up for albums and tours, including their recent On With The Show Tour, which I had the pleasure of seeing back in 2015. Their upcoming An Evening With Fleetwood Mac Tour will be sans Lindsey, but look, we all know how this goes... In a few years, they'll make up and get back together again. And then get into a fight and break up again.And on and on it will go for eternity...
With the advent of MTV and music videos in the 1980s, Fleetwood Mac was able to expand their audience with some rather unique visual representations of their songs. Two of my all-time favs are “Hold Me” (1982) and “Gypsy” (1983), both singles from their album Mirage. Check them out below, followed by a lovely live performance of my absolute favorite Fleetwood Mac jam (and their only #1 hit), 1977’s “Dreams”!
(Image viaMichael Ochs Archives/Getty Images)
- KatieMarzullo,YH Staff Editor
[email protected]