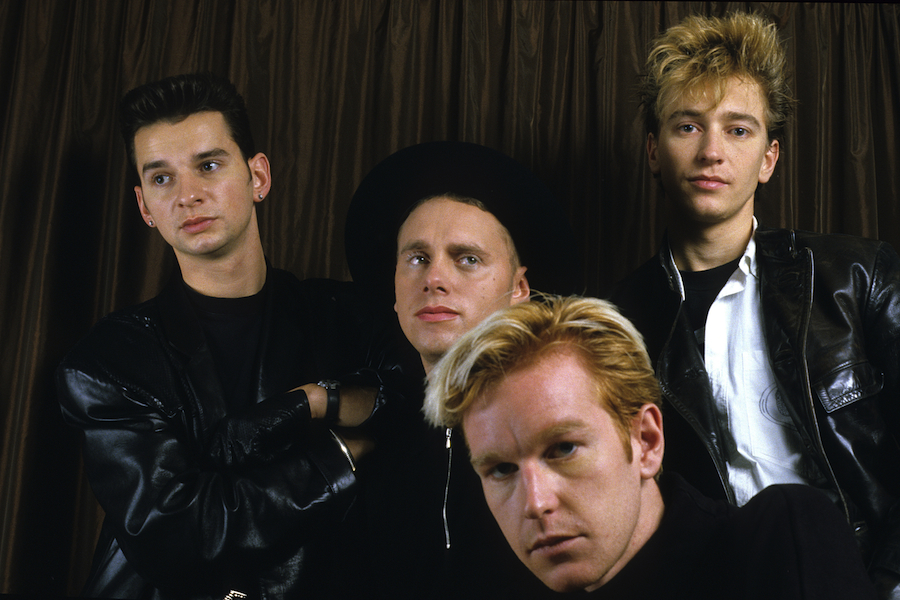 Seriously, though, who needs drugs when you have Depeche Mode?

These New Wave/synthpop gods have been taking us on musical head-trips since 1980, and they don't appear to be stopping any time soon. Their sound is so unique that it transcends pretty much any time period or music trends, and yet it's instantly recognizable. These Essex boys have carved out a place for themselves all their own in the music world, and it suits them (and me!) just fine.

The band has released music pretty steadily over the past 37 years, culminating in an impressive 14 studio albums, their latest of which is Spirit, which was released in March of this year. They hit their biggest stride (at least here in the States) in the late-'80s and early '90s, scoring their first #1 hit (on the U.S. Dance charts) in 1987 with "Strangelove". Four more #1 singles, this time on the U.S. Alternative charts, followed, proving this unorthodox group was no fluke. Their dark, moody sound resonated somehow, and stood out amongst the bubblegum pop and hair metal permeating the scene at the time.

Their music videos were just as enigmatic, always either slightly out of focus or darkly lit (and usually in black & white), so that you couldn't really, fully take in what was going on. The visual matched their music, which could put you in a trance-like, dreamy state, and their videos often looked like someone's weird fever dreams being recorded.

So let's kick back on this lazy Sunday and dip into the intense world of Depeche Mode!

Depeche Mode kicked off their Global Spirit Tour this past Friday (May 5), which will feature a total of 71 shows in 3 continents. Visit their website to find out when they're coming to your city!