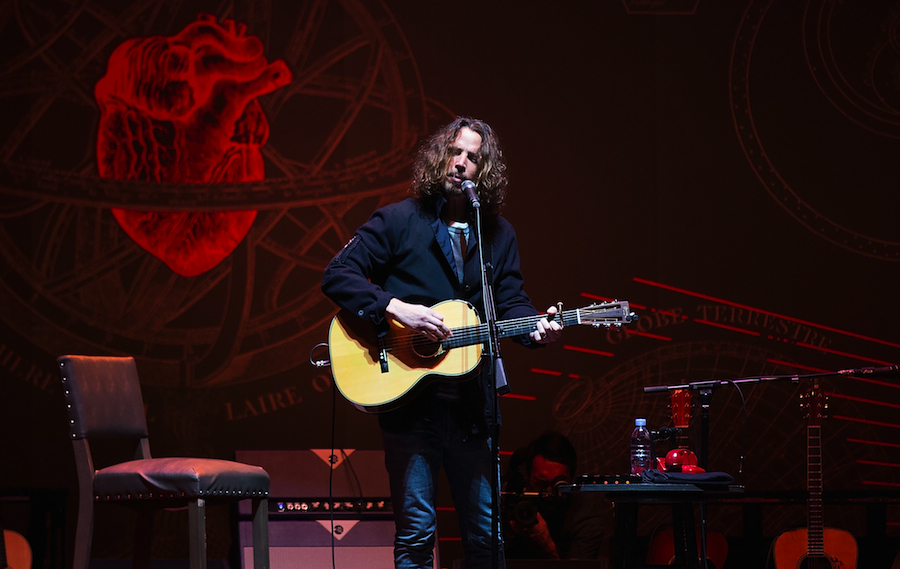 This week, we lost one of the truly great voices of rock and yet another pioneer of the grunge rock scene of the early-‘90s. Chris Cornell was highly respected not only in his own genre but by colleagues from all corners of the music world. He was a gifted vocalist, outstanding songwriter, the frontman for no less than 3 bands while also finding success as a solo artist, and just for good measure he wrote the theme song to a James Bond movie.

Like so many other creative folks, Chris turned to his passion, music, to cope with anxiety and depression, which then culminated in the forming of his band Soundgarden in 1984. They released their debut album in 1988 under SST Records and immediately earned their first Grammy nomination (for Best Metal Performance). They gained some notoriety in 1991 when their single and corresponding music video for “Jesus Christ Pose” was banned from MTV! I dunno, guys, I’ve seen way worse on MTV, before and since…

Soundgarden was one of the premier bands of the Seattle Grunge Scene, along with Nirvana, Pearl Jam, and Alice In Chains, but it wasn’t until 1994 that the group found mainstream success with their #1 album Superunknown and smash-hit single “Black Hole Sun”.

The music video for “Black Hole Sun”, which pretty much epitomized the macabre tongue-in-cheek aesthetic of the early Grunge scene, went on to win an MTV VMA and also a Clio Award. To this day, it’s probably what the band and Cornell are most widely known for.

The band officially broke up in 1997 but have reunited and collaborated several times in the ensuing years; in fact, Cornell had been on tour with his old band when he passed.

In the meantime, Cornell found plenty of success in solo ventures, releasing five solo albums and contributing to many film soundtracks, including “You Know My Name” for the James Bond film Casino Royale, “The Keeper” for Machine Gun Preacher (which was nominated for a Golden Globe), and “The Promise”, for the film of the same name, the proceeds for which benefitted the International Rescue Committee.

Cornell also found the time to front the band Audioslave from 2001 to 2007, releasing 3 albums which spawned eleven singles, ten of which made the U.S. Mainstream Rock chart’s Top Ten. “Like a Stone” and “Be Yourself” had the distinction of topping not only that chart but the U.S. Alternative charts as well.

Like most songwriters of his genre and era, Cornell’s music had an uncanny depth and emotion, which was recognized even by his legendary forbears like Johnny Cash, who covered Soundgarden’s “Rusty Cage” in 1996.

All this is just the tip of the iceberg in terms of Cornell’s creative output and contributions to the rock community. Like I said before, the news of his death reverberated throughout the entire music world. Whether his style of music was your cup of tea of not, talent is talent, and many could see plain as day that Chris Cornell was a true musical Artist. His absence will be felt for years to come.