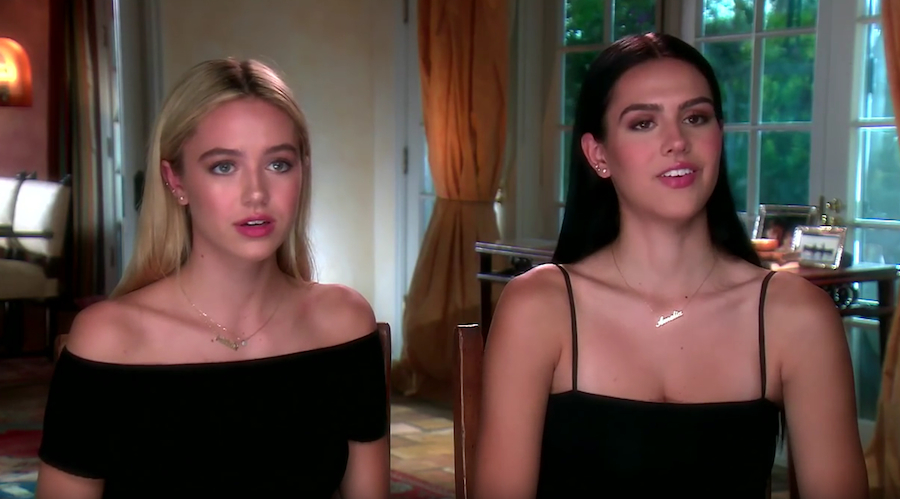 First we were introduced to the Hadid family, when Yolanda Hadid became a cast member on "The Real Housewives of Beverly Hills". Shortly after, her beautiful and talented daughters, Bella and Gigi, became two of the biggest names in fashion. Well, it looks like history may be repeating itself, as now Lisa Rinna’s daughters, Amelia Gray and Delilah Belle Hamlin, make major strides in the fashion world.

At the young ages of 15 and 18 years old, respectively, they are already well-established models with impressive resumes. Delilah Belle was discovered via Instagram and signed to Elite Model Management in 2016. Since then, she’s walked in Gigi Hadid’s fashion show, garnered an impressive Instagram following, and walked in the Dolce & Gabbana Fall 2017 show. She’s also been featured in a fashion spread for Teen Vogue as well as a fun hair tutorial with the magazine on YouTube.

Amelia Gray, the younger Hamlin sister, has been making her way into the spotlight as well. Also an Instagram celebrity in her own right, she posts high-quality fashion shots and enviable event photos. The fashionable dark-haired beauty has been spotted at fashion events supporting her older sister, as well as appearing on red carpets with her famous family. The sisters also slayed the fashion and beauty game this year at Coachella, and in true social media queen fashion, they appropriately documented it on their socials.

Schooling is also important for these two -- while Amelia attends high school, Delilah is graduating this year and plans on attending college in New York City to study Criminology. The world will probably be seeing a lot more of these girls in the not-so-distant future. We know there can only be one set of famous Hadid Sisters, but the modeling game is big enough for two sets of iconic siblings!