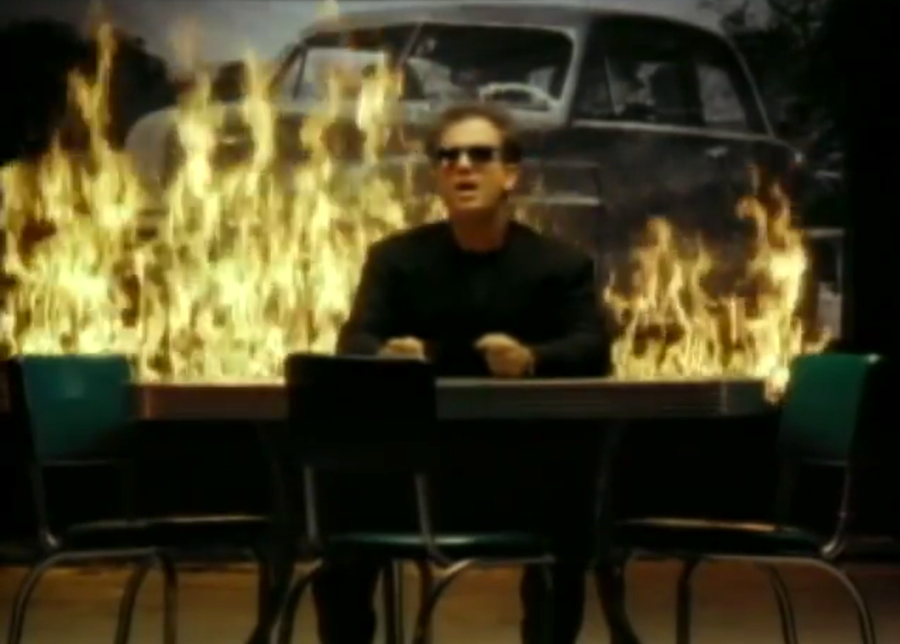 We all love some good ol’ nostalgia, and no one seemed to be feeling quite so nostalgic than Billy Joel in 1989 when he released his infectious and politically-charged Baby Boomer anthem, “We Didn’t Start the Fire.”
That year, Billy turned 40, so it was perhaps this milestone that prompted him to reflect back on all the wild and crazy things that went on in the world (and, specifically, in the United States) just in his own lifetime.
The song and music video became an instant smash, opening with a carefree, post-War newlywed couple in the early-50s. Billy clearly had some fond memories of this era, as he spends the first three whole verses listing off everything noteworthy in the 1950s, from Doris Day and Sputnik to Disneyland and the Edsel. The forth verse finds him musing about the contentious 1960s, and then, in the final verse (before he “can’t take it anymore!”), he jumps rapidly from the late-60s up to the late-80s.
In the final moments of the video, he attempts to ponder what the future might hold. To this end, he shows a woman sitting fixated in front of a personal computer, not terribly concerned with anything else around her. Quite an uncanny prediction there, eh?
It’s still an amazing song and music video, but it begs the question – WHEN WILL THERE BE AN UPDATE?? Think about it – a lot has happened in the nearly 30 years since this song was first released. Billy would have plenty of material to not only add onto the original but perhaps even start a whole new one!
What do you say, Billy? Can we have a little “We STILL Didn’t Start the Fire” for the Millennial generation?
Anyone reading this who was born in or after 1989 will find this a good little history lesson in how there’s really no such thing as “simpler times” – the world has indeed always been turning and turmoil ever-present. Welcome to the fire!
Enjoy “We Didn’t Start the Fire” below:
(Image via billyjoelVEVO)
- Katie Marzullo, YH Staff Editor
[email protected]