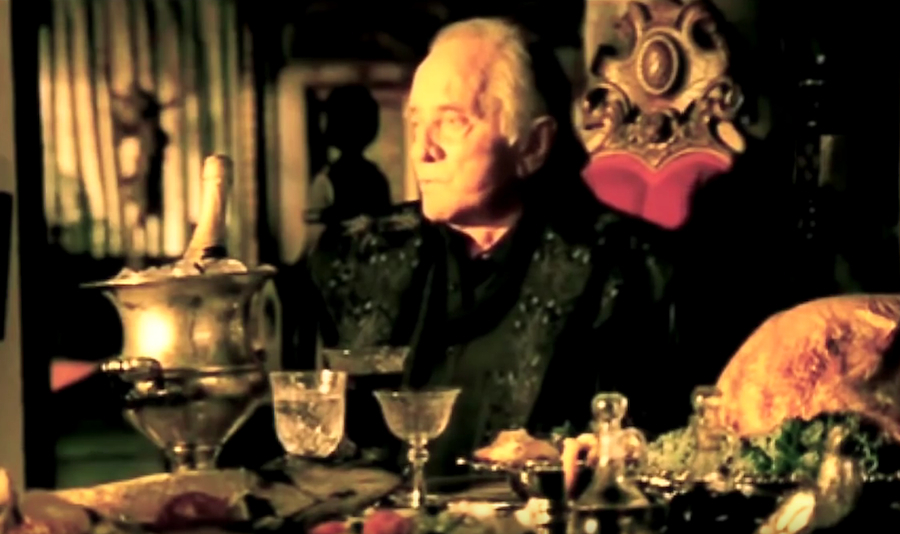 Like any other self-respecting member of the female race, I’ve shed my share of tears over others’ creative endeavors. I had to get up from my desk and step into the bathroom and pull myself together the first time I watched the “Love The Way You Lie” video. True story. Hell, I even get choked up at the end of Jaws III when the missing and presumed-eaten dolphin leaps triumphantly out of the water (spoiler alert!). Yup, I am a closet softie.
Dudes, on the other hand, as we all know require much heavier stuff to get them going emotionally. As a lady-person, I am always on the lookout for and intrigued by the things that would bring a grown man to weeping, so you can imagine my giddiness when not one but TWO of my guy friends told me that one music video in particular tugged at their usually unpluckable heartstrings – Johnny Cash’s cover of the Nine Inch Nails song, “Hurt.”
Now, you must understand, these guys are pretty unflappable (believe me, I’ve tried). So, when I learned of their shared fondness for this video, I had to check it out. With a box of tissues at the ready and my emotions poised to be rocked, I watched the video. And...
Nothing.
For real. I found myself completely unmoved! I know it’s certainly not because I am a black-hearted harpy – far from it! So why was this video reducing my guy friends to mush and leaving me utterly indifferent??
I suppose one can glean some visceral relatability to the lyrics, which are blunt and almost cruel to the core – a brutal lashing out at someone who has done you wrong. A typically male reaction I suppose. Then there’s the fact that this song was one of the last releases before the legendary crooner passed away in 2003. Could it be that stark reconciliation with mortality that gets male tear ducts glistening? Could it be a combination of these things?
Whatever it is, it’s somewhere in this video and this song, and I present it to you now for your own gut reaction:
Incidentally, this song was featured heavily in the recently released trailer for Logan, and I have to say, it was a shrewd choice. A superhero movie spliced to a song that is basically male kryptonite? Marvel sure does know their audience! Kudos!
(Image via YouTube)
- Katie Marzullo, YH Staff Editor
[email protected]