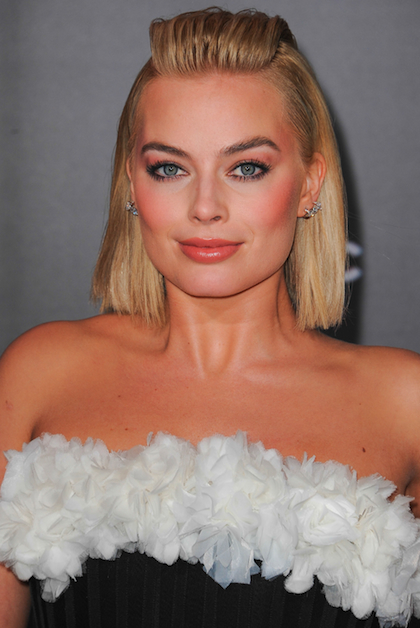 Recently, David Ayer, the director of the upcoming Suicide Squad movie for the DC cinematic universe, released a photo of Jared Leto as the Joker. Even more recently, he decided to post a class photo of the rest of cast in character, including Jai Courtney as Captain Boomerang, Cara Delevingne as Enchantress, Karen Fukuhara as Katana, Adewale Akinnuoye-Agbaje as Killer Croc, Joel Kinnaman as Rick Flagg, Adam Beach as Slipknot, Jay Hernandez as El Diablo, Will Smith as Deadshot, and the most-anticipated one of all, the lady of the hour, Margot Robbie as Harley Quinn!

You may have noticed that Ayer captioned it with “Task Force X assembled and ready.” If you don’t know what Task Force X is, then stop playing outside and open a comic book already! To keep it short and sweet, Task Force X is a branch of the U.S. government in DC Comics that handles superhuman-related affairs. So, yeah, the government is bad and uses bad guys to beat down good guys… makes you wonder who the real villains are.

The picture itself looks pretty funny, and I may or may not be the only one who thought of my class pictures growing up when I saw it (I went to school with a lot of supervillains), but it seems like that is what Ayer is going for. This movie will set the stage for what fans can expect from the main villains in the DC universe, which will be looking to distance itself from Christopher Nolan’s Dark Knight trilogy.

Does the picture give any hint at the plot for the new Suicide Squad movie? Not exactly, but it does seem like perhaps we will see an origin story of the squad, as well as the justification for why they were formed. There’s a theory out there that the story will revolve around Deadshot getting assigned to kill Arkham inmate the Joker, and Harley Quinn trying to stop Deadshot and save her abusive beloved Joker.

That sounds fun and everything, but the main thing I’m concerned with is Killer Croc. In “Batman: The Animated Series”, they didn’t make him a mutant as per custom. Instead, Croc was just some oddly deformed and pruned up wrestler with crazy sharp teeth. I’m banking on and hoping Ayer goes the animated series route.

Oh Killer Croc, everyone hates you but me.