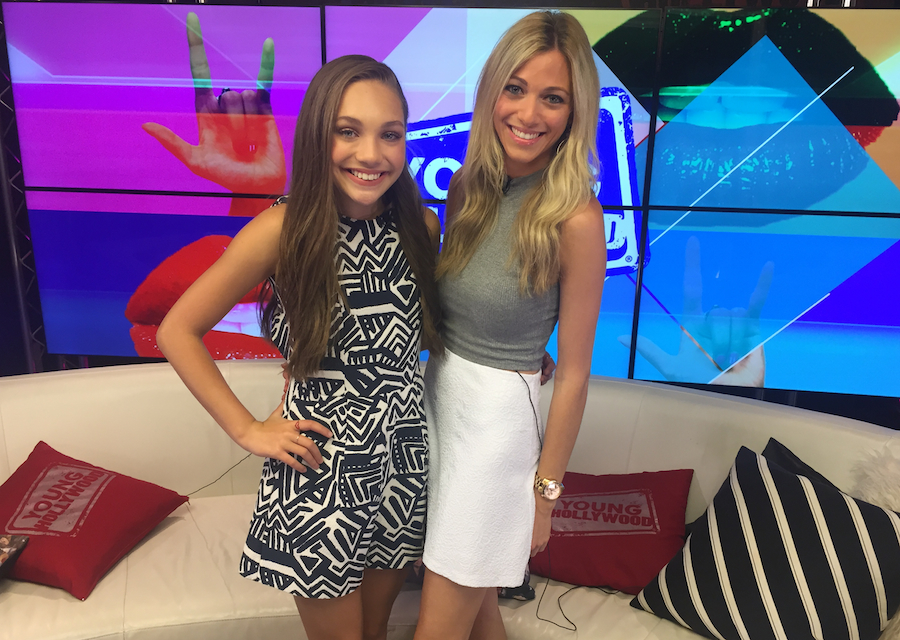 Who knew a blonde wig would transform the music and dance industry? Maddie Ziegler sure didn’t. Maddie, a season regular on Lifetime’s "Dance Moms", is now also a judge on "So You Think You Can Dance: The Next Generation", and the dance prodigy dropped by the YH Studio to tell us all about it!

It’s no surprise that singing sensation Sia and Maddie are best friends. Sia had been a fan of Maddie’s from "Dance Moms" and contacted her via Twitter! Since then, the two have been seemingly inseparable. Maddie even stated that Sia brought something out of her that she didn’t know that she had when she began working with her on the "Chandelier" music video, and a beautiful partnership was born. Check out the twosome's collabos below!

The beautiful 13-year-old admits she’s not a morning person but the young dancer has been keeping busy with an array of projects, including starring in her first feature film, The Book of Henry, along side Naomi Watts. She also recently won a Teen Choice Award as Choice Dancer. Even so, Maddie enjoys having a lot on her plate and admits that she tends to get bored at home if she isn’t busy!

Maddie discusses her celebrity crush, Miranda Sings, and her favorite style of dance in the studio with Tracy. Be sure to check out down below!