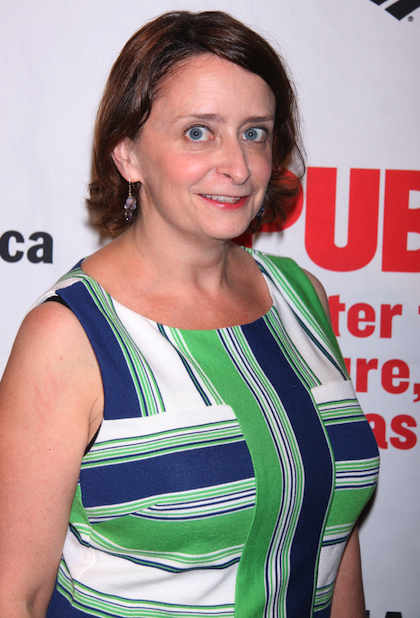 It’s time to rejoice, fellow “SNL” and “30 Rock” fans! The adorable and hilarious Rachel Dratch has been added to the cast of “Parks and Recreation” for its final season. Dratch will play a nanny to Ben (Adam Scott) and Leslie’s (Amy Poehler) triplets. There is currently no word yet on which episode she will appear in, or if she will appear in more than one, but all we can do is certainly hope it’s more than one!

Over the years, Dratch has played some of television’s strangest and hilarious characters. While on “SNL”, Dratch played an obnoxious Boston teen, one of the luvahs (a pretentious professor, Will Ferrell played the other one), and, most notably, Debbie Downer, a perpetually depressed woman who is just no fun to hang out with, ever. We can only imagine how outlandish Dratch’s nanny will be, but judging from the other miscreants of “Parks and Recreation,” she will probably be full-blown bonkers. The fact that she'll be playing off her former "SNL" castmate, Poehler, doesn't hurt either!

While Dratch may be the newest addition to the cast, quite a few other recurring characters are coming back: Megan Mullally will return as the diabolical Tammy II, Ron Swanson’s (Nick Offerman) ex-wife and one of the evil masterminds of the library; and Natalie Morales will be back as Lucy, who briefly dated Tom (Aziz Ansari) in the second season. She eventually left Tom when it became clear that he wasn’t over his ex-wife. Could the two rekindle their romance in the show’s final outing? We’ll have to wait and see…

The final season of “Parks and Recreation” will air in 2015.

Are you excited for the final season of “Parks and Recreation”?

In the meantime, check out our YH Studio chat with funnylady (and author) Rachel, below!