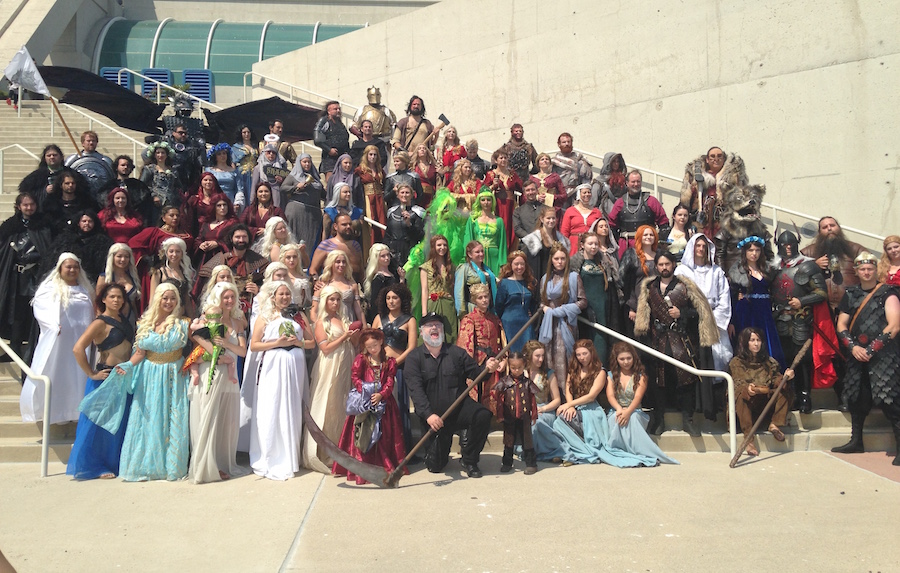 The big winner has to be DC, who dropped a load of new trailers for us to completely flip out or nerd-rage over, depending on your preferences. First off was the debut of the first trailer for Justice League, which gave us our first (gratuitous) look at Jason Momoa as Aquaman as well as Ezra Miller as The Flash, both being recruited for crime-fightin' duty by Ben Affleck's Bruce Wayne. No sign of Superman in sight though, BUT WHO CARES -- MOMOA, YOU GUYS.

And on a related note, we also got to see the first trailer for the standalone Wonder Woman film, starring Gal Gadot, which has been a very long time coming. The film appears to delve more into WW's backstory as the Amazon offspring of Greek gods Zeus and Hera.

Perhaps less successfully was the reception of the very long-awaited full-length animated adaptation of The Killing Joke, which delves into the backstory of Batman's arch enemy, The Joker. Fans were apparently none too pleased when it was revealed that (SPOILER ALERT) Batman/Bruce Wayne and Batgirl/Barbara Gordon have an affair (which was not in the original comic)... SCANDALOUS!!!

Marvel fans didn't exactly go away empty-handed though -- In addition to officially debuting Brie Larson as the new Captain Marvel, we got our first look at Guardians of the Galaxy 2. Two words: BABY, GROOT. Disney also announced that their Tower of Terror ride at Disney California Adventure will soon be replaced with a GotG attraction. (R.I.P.) Plus, Cumberbabes everywhere rejoiced at the new trailer for Doctor Strange, starring the ever-charismatic Benedict Cumberbatch.

On the television front, Marvel also rolled out its trailer for the upcoming FX series, "Legion" starring Dan Stevens (of "Downton Abbey" fame).

Elsewhere, the cast of Harry Potter spinoff Fantastic Beasts and Where to Find Them held a Q&A via Facebook Live as well as giving us some new footage of the film to engorgio over!

Meanwhile, outside the Convention Center walls, it might have been blistering hot but Winter had come in full force when the largest gathering of "Game of Thrones" cosplayers IN THE WORLD (probably) all congregated on the steps for an epic group photo. See if you can spot your faves in the pic above!

The day was capped off by a nighttime panel for "Mystery Science Theater 3000", the show that shaped many a geek over the years (including Yours Truly) and is soon making a comeback thanks to a record-breaking Kickstarter campaign earlier in the year. Creator and original host Joel Hodgson was on-hand to introduce new castmembers Felicia Day (playing the daughter of OG mad scientist, Dr Forrester), Baron Vaughn (Tom Servo), Hampton Yount (Crow T. Robot), and host Jonah Ray, who appeared via a recorded message. I got to sit in the front row as Joel announced that the new season of MST3k has officially been picked up by Netflix (!!!), as well as show us some super neat concept designs for the new spaceship and doorway sequence. The panel ended with a sing-along of the MST3k theme song and my life is now complete. 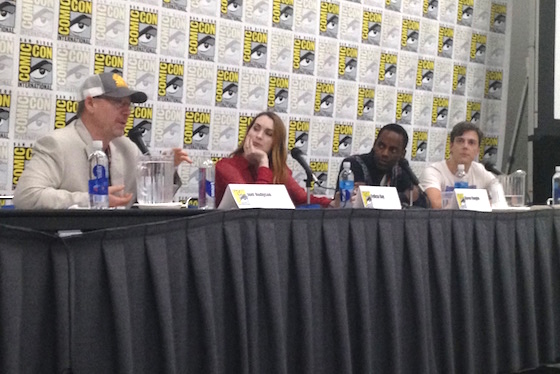 I'm not quite sure how Day Four will top any of this -- or if it will even try -- but stay tuned to find out!