Rock the Bells Music Fest Exhibits the Best of Hip-Hop 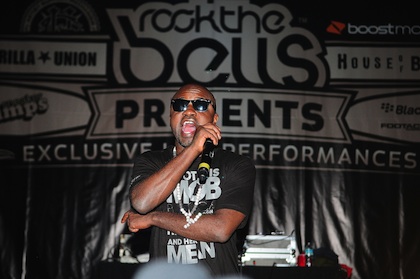 Hip-Hop ain’t dead ... at least, not this summer.
Get ready to see rap’s heavy-hitters performing onstage at the Rock the Bells Festival Series, an annual hip-hop fest that started locally in Southern Cali but has since toured worldwide. The event features a number of up-and-coming artists and rappers, as well as some of their more established, high-profile peers – Common, Nas, ErykahBadu, and Ms. Lauryn Hill are in the mix this year!
Check out the rest of 2011’s gifted lineup here.
Festival creator Chang Weisberg says this year will be bigger and better than ever. What was once a single stage production in 2004 (the first year of the festival’s existence) has transformed into a 3-stage battleground of epic proportions, where fans’ expectations will be blown away by classic performances from Souls of Mischief, Mobb Deep, and Cypress Hill (among others).
The Wu-Tang Clan’s chief producer, the RZA, will be personally hosting at the new 36-chamber stage, which will feature several aspects of the “musicality of hip-hop,” from books and literature to martial arts, movies, and film.
If you’re looking to break the monotony and delve into some hot tracks and chill beats, then don’t miss the festival’s tour dates this summer:
Los Angeles – August 20, San Manuel Amphitheater
San Francisco – August 27, Shoreline Amphitheater
New York – September 3, Governor’s Island
Boston – September 10, info coming soon
Check out the 2011 press conference with Chang, RZA, Evidence (Dilated Peoples), MC Supernatural, and B-Real (Cypress Hill) as they talk about the festival layout and their plans for 150 shows over the next 18 months with The House of Blues!
For ticket info, visit their Website.
(Photo via Johnny Louis/WENN)
- Myles Sanford, YH Staff