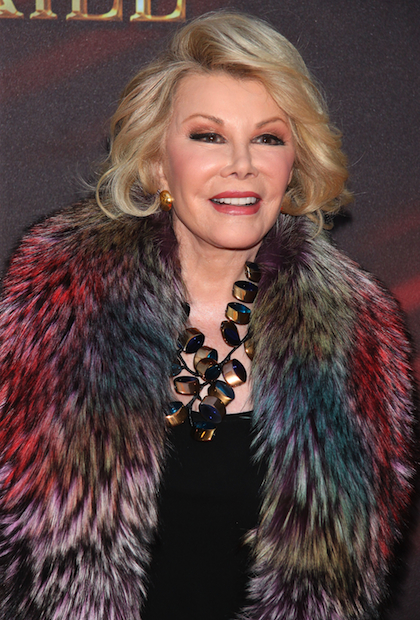 Joan Rivers was one-of-a-kind, and nobody else will ever compare to her. Ever!

The beloved comedic genius sadly passed away Thursday afternoon after suffering significant complications during a minor throat procedure at Yorkville Endoscopy clinic in New York. She was rushed to Mount Sinai Hospital after she went into cardiac and respiratory arrest. News reports stated that she was put into a medically induced coma and remained on life support for almost a week before she passed away. The State Health Department has launched an investigation to dig deeper into the cause of her death.

Joan Rivers to me was one of the funniest people in Hollywood. She was so unapologetically honest and her opinions were always amazingly refreshing. Joan really made E!'s "Fashion Police" a must-watch every week. Award season is one of the most exciting times of the year, and knowing that Joan would be there will rip people’s outfits apart was the cherry on the sundae! “Can we talk?” was her signature gossip call, and I was always on the edge of my seat anticipating what she had to say. At first, I might think, “Wow, that was a little mean.” But then I quickly realize that it’s not mean -- it’s the TRUTH. It’s what Hollywood is too afraid to say out loud. And that’s why Joan Rivers is a legend. 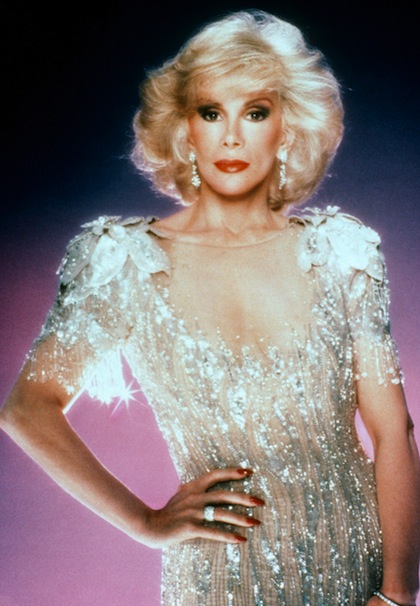 Born Joan Molinsky, Rivers was a trailblazer for all ladies of comedy, being the first female comedian to host her own late-night talk show. Her amazing career began when she made her debut on "The Tonight Show starring Johnny Carson" way back in 1965. She became an instant hit; no surprise there! Everyone loved her so much that she landed her own show called “The Late Show with Joan Rivers", making her the first woman EVER to host her own late-night talk show. She also appeared in a few movies, including The Swimmer (1968) with Burt Lancaster, and the voice of Dot Matrix in Spaceballs (1988). She also co-wrote a TV movie,The Girl Most Likely To (1973), and in 1978, she directed her first movie, The Rabbit Test. Subsequently, in the late-'80s, she starred in her own daytime talk show and went on to win an Emmy and a star on the Hollywood Walk of Fame. A few years later, she was reporting for E! on the red carpet during award season preshows, talking fashion to celebrities, coining the phrase "Who are you wearing?", and letting her loose cannon of a mouth spit out her hilariously honest opinions. Throughout her comedic career, she continued to appear on TV shows until she landed her spot and remained on "Fashion Police" in 2002. 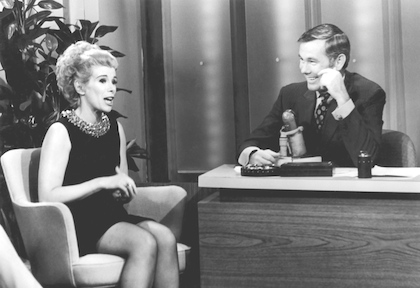 As heartbreaking it is to hear one of our Hollywood legends go, I find peace in remembering her feisty persona that she portrayed on TV. She brought humor to so many things, including her own death. According to E! News, she had already planned her funeral in the perfect way. Trust me, it totally screams Joan Rivers:

“When I die (and yes, Melissa, that day will come; and yes, Melissa, everything’s in your name), I want my funeral to be a huge showbiz affair with lights, cameras, action…I want Craft services, I want paparazzi and I want publicists making a scene! I want it to be Hollywood all the way. I don’t want some rabbi rambling on; I wantMeryl Streep crying, in five different accents. I don’t want a eulogy; I want Bobby Vinton to pick up my head and sing 'Mr. Lonely'. I want to look gorgeous, better dead than I do alive. I want to be buried in a Valentino gown and I want Harry Winston to make me a toe tag. And I want a wind machine so that even in the casket my hair is blowing just likeBeyoncé’s.”

If that isn’t the best thing to say before leaving the world, then I don’t know what is. I will continue to keep Joan’s family and close friends in my heart for their terrible loss. It’s going to take all of us awhile to recover from losing such an irreplaceable talent. Until then, I will binge-watch episodes of "Fashion Police", remembering the beautifully unique Joan Rivers.

Check out the videos from Joan's two visits to the YH Studio below: