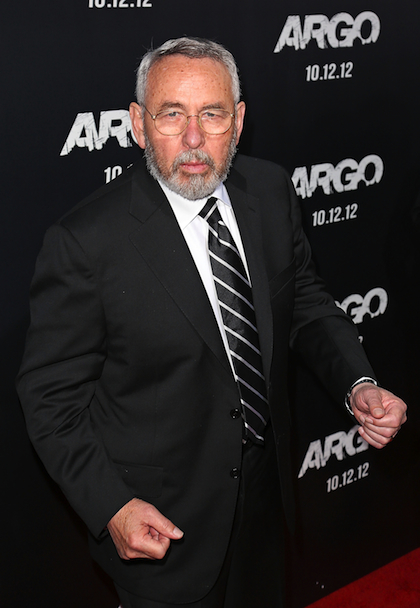 For those of you who saw Argo – and even if you didn’t but you still possess any sort of pop culture consciousness – you know that the Oscar-winner for Best Picture was based on the true story about how CIA operative Tony Mendez was able to smuggle six Americans out of hostile Iranian territory just two months after I was born. Okay, that last part you wouldn’t have known, but Mendez’s harrowing tale, in which he duped the world by pretending to be a Hollywood producer making a film called (you guessed it) Argo, was under strict government classification until only very recently, allowing Mr. Ben Affleck to swoop in and make a classic film out of it.

Well, it appears there might be more to milk out of the Mendez movie cow, because the CIA retiree, along with his wife, have officially been signed by United Talent Agency. Yep, Mendez has gone Hollywood for reals, y’all! Not surprisingly, Mendez has a whole slew of tales to tell from his days with the CIA, serving up plenty of fodder for future Oscar-winning flicks. Maybe Affleck can make a whole series out of it, like his pal Matt Damon and the Bourne franchise.

In looking for new movie material, the producers can easily start with Mendez’s memoir, Master of Disguise, which describes many of his exploits which have since become declassified and approved by the CIA. Mendez also co-wrote Spy Dust with his wife, which chronicles how the two met, fell in love, and got married in the midst of the Cold War. I smell a slick Brad Pitt-Angelina Jolie vehicle!