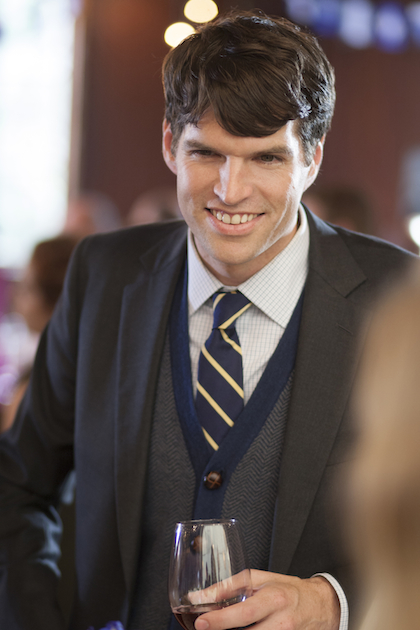 Timothy Simons is one of the stars of HBO’s hit political comedy, “Veep”, where he plays Jonah Ryan, the delightfully repugnant presidential liaison between the White House and Vice President Selina Meyer (Julia Louis-Dreyfus) and her team. Over the show’s three seasons, Jonah has not only become a fan favorite but has found himself on the receiving end of some of the show’s most brutal insults. He's made some truly creepy comments to Meyer’s young daughter himself, however, and he's danced like a wounded hippo. What more could you ask for?

In real life, Mr. Simons is nothing like his character. He’s soft-spoken, kind, and has a wonderful self-deprecating sense of humor. “Veep” is his first foray into professional acting, and he also just made his big break onto the big screen, appearing in the football drama, Draft Day (which was released on April 11) as well as in the next Seth Rogen/Evan Goldberg romp, The Interview. And if that’s not enough for you, he will also appear in the next Paul Thomas Anderson film, Inherent Vice.

Mr. Simons told me how he gets into Jonah’s head, how diabolical his character is in The Interview, and his favorite insults from “Veep”!

TS: He’s been fired, and he’s started his own DC Insider/Huffington Post rival. When you get rejected or when you get dumped, you get that immediate thing of, "Whatever, I never liked you anyway, I’m so much bigger than this." He now sees himself as this potential media conglomerate who could rival the Huffington Post but with his own spin. That’s the direction he’s going in. As for politics, I don’t think he’s kidding when he says he’s going to be President in 2026. Politics is where he lives. I think that this will keep him connected to politics.

YH: Jonah isn’t exactly a favorite among Selina’s team. How do you, as an actor, get into Jonah’s head?

TS: When it comes to playing someone whose behavior is uncouth, who could be a one-dimensional dick, I try not to make a judgement on him. You have to find that thing that motivates him to act that way, and how does he really see himself? No one really looks in the mirror and thinks, “I’m a dick.” They look in the mirror and think, “I’m a powerful guy, and I need to work hard to make it in this world.” I come into his character with that mentality. When he comes in with this attitude of “I’m great” in his head, he thinks he’s great at his job and with his relationships with women. It makes sense; when he looks at himself, he sees a good-looking guy who’s powerful. When Jonah gets resistance from Selina and her team, he sees it as the team being intimidated by him and his position, and that’s why they react the way they do.

YH: How do you feel Jonah has evolved as a character over the last few seasons?

TS: It’s been this slow growing thing. When we first meet him, he’s still pretty new to the White House and to D.C. He’s trying to find his footing. A lot of his actions are bluster to cover up for the fact that he doesn’t know what he’s doing. I think that it’s fun to see him become more and more comfortable with his position. He’s grown even more confident. He’s become more comfortable in that world. I don’t think that, necessarily, he’s become a real player politically; I think that he has become a little bit more savvy (politics-wise). He’s not just some idiot who doesn’t know anything. There are things that he actually knows. I think whether you like it or not, he has learned a bit more about how the game is played. I always like to give credit to the costume designers. They have helped him evolve in the way he dresses. He’s become a better dresser throughout his time in the White House. As he has spent more time there, he’s looked at what other people are wearing. He’ll see one guy wearing Brooks Brothers and think, “Oh, I should be wearing Brooks Brothers.” He’s a bit of a brand whore. He’ll go and flat-out copy what someone else is wearing. Another way he has changed is that, in the beginning, he had blind loyalty to the president, and to whoever has power. He’s always kissing whoever’s ass that has power. That’s another one of his moves. He gets close to whoever has power, and he knows he’ll be fine. 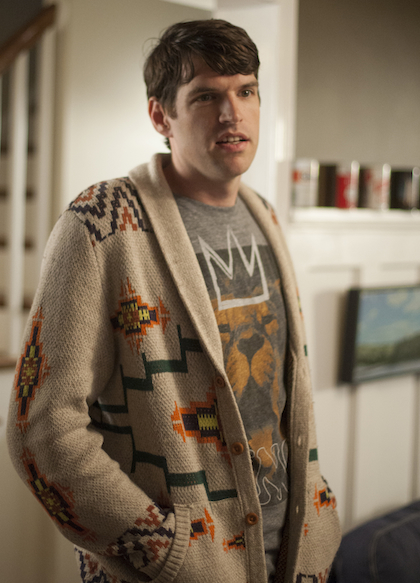 YH: You are about to appear in quite a few movies later this year, including Draft Day and Inherent Vice. Can you tell us a bit about them?

YH: You are also starring as a “foul-mouthed egomaniac” in The Interview. How is this character a bit different from Jonah?

TS: I don’t know if “egomaniac” is the best way to describe him. I think I said that in an interview and it stuck [laughs] There is something different about him in the sense that the character I play  in The Interview actually has power in his position. He is the associate producer of James Franco’s show, which is one step below Seth Rogen, who is the producer. He’s got some of the same ass-kissing tendencies as Jonah, but he is viscerally horrible to people under him. He will say the worst things to people. They are just direct attacks. If you f*** something up on his show, he will murder you. It’s less of an egomaniac thing and more of serious anger management. There will be a very big distinction between those two characters. The only thing that connects those two is that he is differential to the people above him. It was really fun to play his anger. It was a lot of fun to work with Seth Rogen, James Franco, and Evan Goldberg (Rogen and Goldberg co-directed it). From my experience of watching them work, they will find one idea and blow that idea up to pull all of the comedy that they can from it. Things will change a lot, or they will tell you to try a million different things. To get to work with them is just a f***ing joy. If it falls flat and doesn’t work, they just say, “F*** it, that didn’t work, let’s try something else.” It was great. You were only able to improve on what was already a really great script.

YH: “Veep” is known for its fantastic insults. Is there a particular insult on the show that is your favorite?

TS: I think that, later on this year, someone calls me “C**ter S. Thompson.” I’m a huge fan of that one. 85%-90% of the insults are written for us, but when we’re on set, we do get to throw in a “free one”. Most of the really solid ones come from the writers. Dan, who’s played by Reid Scott, calls me “Hepatitis J”. That was improvised by Reid Scott. I lost it when he said that to me. There was no way we could’ve used the first take of that, because I immediately cracked. I love that one too. The later it gets at night, the more we crack each other up.

You can keep up with Timothy Simons on Twitter and on Facebook, and you can see Draft Day in theatres now. And don't forget to tune in every Sunday night at 10:30pm on HBO to see Timothy in action on "Veep"!