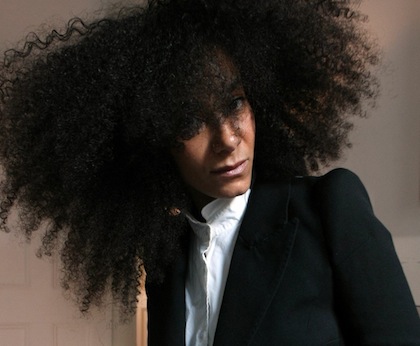 The path towards our dreams isn’t always a straight one but rather a part of a life, and New York-based musician Amatus is demonstrating that a detour here and there doesn’t have to throw you off course.

Amatus’ interest in music started early in life, and she found herself hanging out in recording studios by the time she was 14. She had the opportunity to sit in on recording sessions with artists like The Roots, Erykah Badu, and Common. When singer-songwriter Meshell Ndegeocello ultimately lent her a sequencing keyboard, she fell in love with the production side of music as well as the performance side.

Although Amatus always had the love of music growing inside of her, it wasn’t until after she faced some personal tragedies that she decided to fully commit her life to her goals. Within four years, the musician lost her brother to gun violence, which was followed by the loss of her cousin and then her roommate. Instead of letting the adversity get her down, it started driving her more seriously toward her dreams.

She released her first EP, “Broken Compass”, in March, a project on which she also wrote and produced in addition to singing. Her style is a major blend, incorporating hip-hop, indie, electronic, alternative, and pop music.

Her song "Coming Home" shows a clear voice with an almost emotional delicateness, like you’re eavesdropping on her singing in the shower but for some reason there’s a fully mixed beat playing in the background. So then you stay and listen to the next song.

"Messin" is a more upbeat pace-wise, with an alternative element. "Cherish" is dreamy in a weighted down way, like you fell asleep on the subway while deep in thought but you haven’t realized it yet. There is a clear cohesion to the songs, although they each go a different direction stylistically.

Her creativity is not limited to her own music performances either. While she was in school, Amatus supported herself by starting a clothing line, and she has scored a play and is currently working on the score for a documentary.