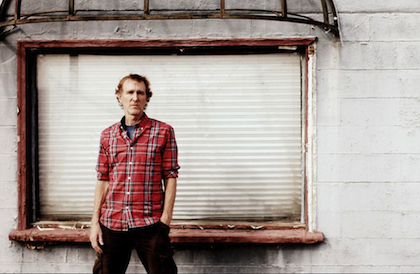 The indie folk band New Mongrels brings a new meaning to family tradition, because it’s technically been around for 148 years.

The band itself began as, and remains, a collective, currently boasting 13 members (take that, Arcade Fire!). Bandleader Haynes Brook is the one with the family connection -- his great-grandfather Henry started the band in 1861 at the age of 17 after he left the Civil War half-deaf. They went by the name The Smythe County Mongrels Society back then, and the group was basically a gathering to drink hard cider and jam out to psalms. Henry had described the purpose of the band as "the joyful promotion, through song and rhythmic utterances, of a unified moral code for all creatures."

The concept went over well back then, and with the records of the band still intact at the Smythe courthouse, Haynes decided it was time for a reboot. The collective is made up of musicians, artists, and writers, and their high energy and varied eccentricities make timing everything when it comes to the flow of the music-making. The collective had been playing together for a while before Haynes started feeling the pull towards making an album.

Says Haynes: "I realized a group of songs was emerging that felt like they needed a home. Then new songs started coming that felt like they belonged to the same family. Time to make a record, I thought… We made a plan, double-checked that it was in accord with our weird Mongrel by-laws, then hit 'record' and started playing. When other Mongrels started joining in, coming down to L.A. from Seattle or on tour from Alabama, the thing started to take off."

Members include Amy Ray from the Indigo Girls, film composer Kubilay Uner, and Haynes himself, who is also an actor and playwright.

Their album is entitled Raised Incorruptible and naturally showcases the blend of the talents of the diverse members.

The album pays homage to the fact that the band has a history in psalms by layering melodies with multiple voices at once, and the lyrics are exalting. Alongside acoustic guitars and drum playing, you might hear some ukuleles, accordions, and trumpets in there as well. Their Americana elements transcend time, leaving the initial concept of the band intact but expanding it with modern music and unique voices. Instead of completely reinventing the New Mongrels, the band has simply been renewed.