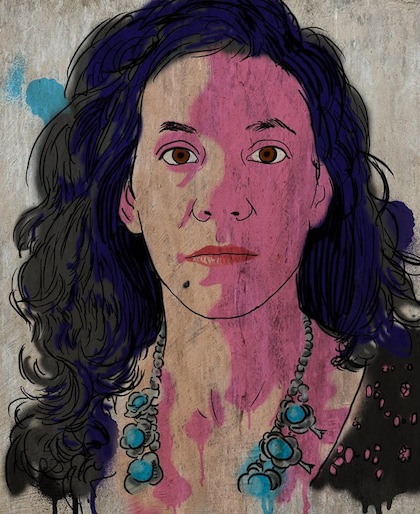 For many music artists, romantic love and what’s going down this weekend are standard topics, but not for pop/rock/folk artist Nehedar. Born Emilia Cataldo, the New York-based singer chooses instead to focus on real, specific life events, such as overcoming one’s fear of not having their mother’s support during pregnancy, for example.

Nehedar takes a decidedly feminist approach to her 7th album, The Warming House, which is her first that came to be through crowdfunding. The style of her music ranges from pop and electro-pop to rock and folk, so it’s really decided upon based on the mood of the song. (And moody it can get!)

“Is it Annoying” is one song off the album that’s screams feminism, in particular about wanting to get out of the gilded cage in which many women find themselves. It opens with trumpets and quickly goes into the repetitive lyrics “Is it annoying when I beg for my rights? / You like the ones that never put up a fight.” Alongside the trumpets is a rock feel, like some distant cousin of Fiona Apple but with a world music feel instead of that '90s bummer vibe.

“Come into the Light” is on the aforementioned topic about pregnancy support fears, and the song is a totally different feel than the jazz-rock ones. It’s full of bold harmonies over light guitar and really exposes Nehedar’s steady voice. The song feels sparkly and folky despite being a serious subject.

Her unique take on music comes from a unique background in it. Cataldo grew up alongside nomadic musicians, including a mother as a classically-trained piano teacher and a father as a saxophone-playing jazzman. She was exposed to a variety of cultural influences growing up in Miami, which is clear on her album and might be the most obvious element in its cohesion. The name Nehedar was taken in adulthood, in honor of her mystical Jewish heritage. Her multifaceted history and tastes make the album a comprehensive one, if getting to each corner of Nehedar’s mind was the goal in listening to it.

Cataldo appears on the album through vocals and guitar, but the album also borrowed the talents of Craig Levy on bass, drums, synth, Craig Judelman on the violin, Jennifer Harder on the trumpet, and Michael Hitchcock with guest vocals.