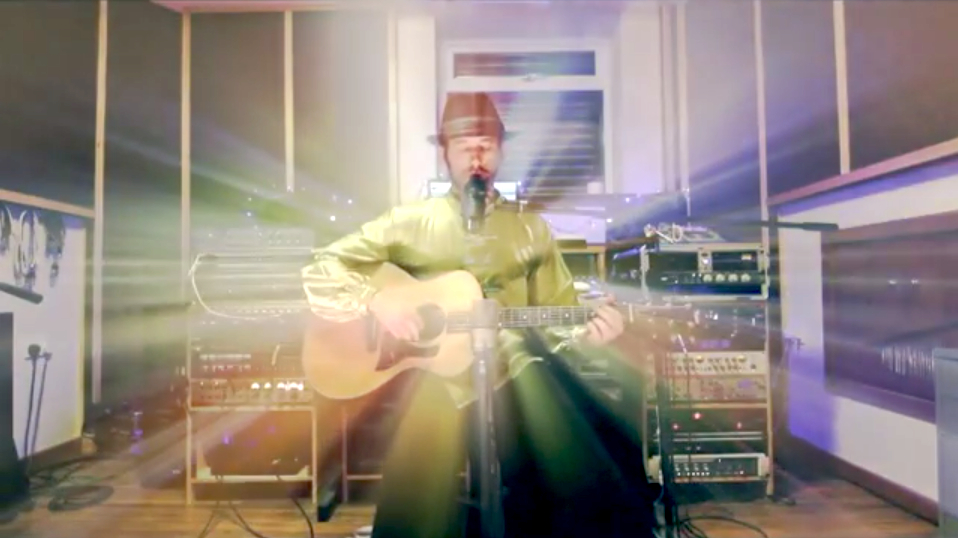 With a name like Kung Fu Jesus, you might expect that an artist would be able to dance the line between spiritual and fun elements, and in this case, you would be correct. The Scottish pop-rock musician manages to mix together ethereal vibes with straight-up dance energy.

Kung Fu Jesus, AKA Craig Snape, sings, writes, and plays a variety of instruments, but he is also joined by Robert Hamill on the accordion, Phil O’Shea on the keyboards and drum loops, and Keiran Allan, who lends backup vocals and some dancing.

Kung Fu Jesus has allegedly been told by the Sun God Ra and The Great White Dragon Bruce Lee that he “was actually Thor the God Of Thunder sent to Earth to write and perform some super happy funked out tunes to increase the vibration and awareness of Earth and her children.” Okay then!

Do with that what you will, but whoever told Kung Fu Jesus that music was his thing, they were right. His most recent release, Celestial Gold, is just really quite great. The song “Rainbow Bow” off the album of the same name is sun-dripped (or maybe starlight-dripped, in this case) and is perhaps the most upbeat, dance-inducing song you’ll ever hear about fighting demons and the everlasting light of love.

While the ideology in the music is strong, it’s never pushy or preachy, and there is truly something uplifting about the world rhythms mixed with Beach Boy-inspired harmonies. Kung Fu Jesus has already gotten BBC radio play and been featured in a few Emmy Award-winning documentaries, so people are paying attention.

We could all use a little extra goodness in our lives, and if there’s any real effective way to captivate an audience and send a message… it’s through music.