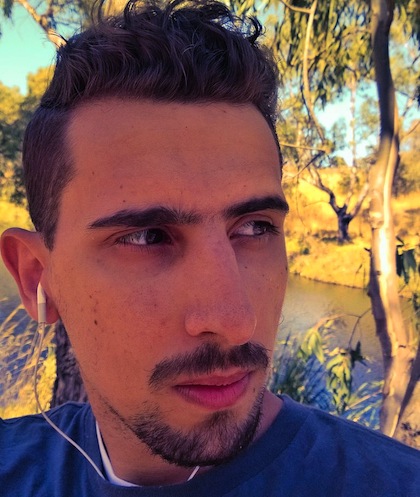 If listening to Kbit’s new album Un Boombox Symphonique makes you think about an astronaut floating around in space, then you’re getting his message loud and clear. He was inspired to make the electronic and house style album sound like a cinematic space soundtrack and he delivers.

The musician behind the name Kbit is Australian Kostas Andreadis, who worked as producer and instrumentalist on the project, which, in this case, included instruments in the form of the synthesizer, MIDI, the hardware and the software. He has been making music for years under his birth name but switched to the name Kbit for this most recent release. In some circles, "KBIT" stands for Kaufman Brief Intelligence Test, but no word on how the artist chose the name for himself.

His song “These Seven” refers to the first seven astronauts considered to go up into space and actually opens with the vocals of a government press conference about the impending space journey in the 1950s. The speaking fades out and music comes in, bringing an airy, otherworldly quality but without being vacant. There is also an element of excitement and forward movement that gives homage to what our country and the astronauts themselves were certainly going through at the time. The song “Anytime But Then” feels a little sunnier (space pun not intended) and a little anticipatory in its speed. 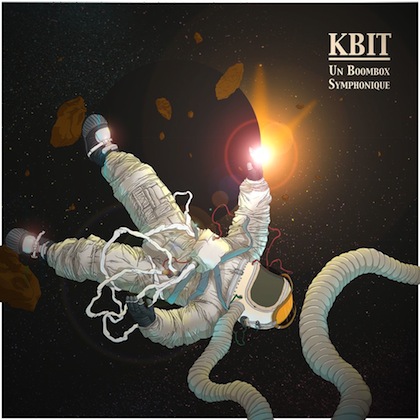 The album features everything from jazz to video game-worthy sounds blended into the beats, pauses, and the synth in the songs, which creates distinct differences between them and allows for the album to tell a cohesive story. (Kbit also writes for Nintendo World Report, which explains the video game inspiration.) This album is one for easy listening while you work on your creative pursuits at home or perhaps while driving... as long as you can keep your feet on the ground.

The 10-song album is currently available on Bandcamp for download as a self-published release. You can also keep up with him on SoundCloud, Facebook, and Twitter.