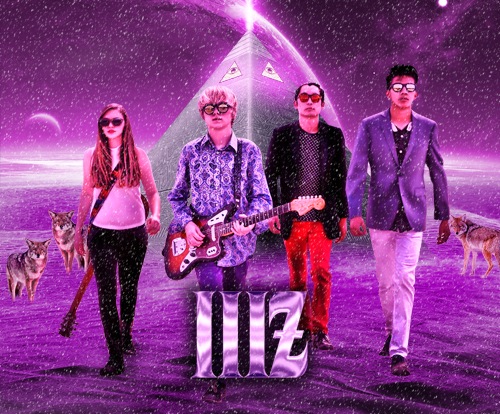 IIIZ (pronounce “eyes”) are a Coachella Valley-based group that tackle both the EDM and alternative genre in one. The band has been performing together for four years, with most of their songs written by the lead singer Ison Van Winkle.

Ison tends to bring an 80s vibe to the music, which is distinctly different than what each other member of the band contributes. The co-lead singer Mari Brossfield brings in the melodic feminine side of the music, while bass guitar player Jacob Guiterrez and the drummer Ross Murakami lay the road beneath them. Both Ison and Mari play the keyboards as well, which brings a full and rounded vibe to their sound.

Tracks like “The Light” are heavier on the EDM side of things but the vocals are straight out of an indie delight. “Get Away” features Sen Dog of Cypress Hill and brings a heavier rap/funk to the alternative dance track. “Sugar” is all-around a lot more traditional indie alternative sounding, and yet really doesn’t sound like anything else. Mari’s voice is set back from Ison’s in this track, which makes it sounds like they’re singing from two rooms apart, adding a tinge of fantasy to support the up-tempo vibe.

The band got signed in 2015 and is currently playing concerts across the U.S. and Canada. The group takes their live shows seriously, and incorporates stage lasers, co2 cannons, and heavy fog to make their performance a multidimensional experience.